Nutanix makes its second acquisition in little over a week, and with Minjar and Netsil combined, Nutanix CEO Dheeraj Pandey says that Nutanix can build a next-generation control plane, with seamless movement between cloud stacks. 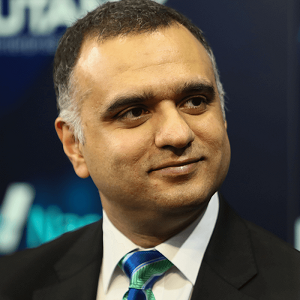 Nutanix has made their second acquisition this month, announcing that they have entered into a definitive agreement to acquire San Francisco-based Netsil, which makes application discovery and operations management software. Coming on the heels of the earlier acquisition of Minjar, Nutanix views this as a very strategic acquisition, which will position the company well to offer a solution that will enable them to work seamlessly between clouds.

“This deal is all about app discovery and network virtualization,” Nutanix CEO Dheeraj Pandey told ChannelBuzz. “It is part of our overall networking story.”

Netsil makes a non-disruptive solution that monitors applications, services and their dependencies in real time, functionality that Pandey said is increasingly important today

“The ability to use machine learning to identify apps, especially microservices-based ones and those using containers, is increasingly critical,” he said. The Netsil Application Operations Center provides visibility into applications and services and their complex interdependencies at enterprise scale, and across clouds.

“Our network visibility has been in the hypervisor,” Pandey said. “Netsil gives us the cloud.”

Netsil also gives them true cross-cloud capability, something that is of paramount important as the industry searches for solutions that provide a seamless ability to move applications and data between clouds and back and forth between public and private clouds.

“Their ability to work across clouds was an important requirement for us, and a key reason why we chose to acquire them in particular,” Pandey said. “Their CEO worked on a PhD on this at the University of Pennsylvania, very profound work. Their team is small and agile, and they also have a really good user interface to visualize the network.”

Pandey said Netsil’s ability to be hypervisor-independent was another key reason Nutanix sought to acquire them.

The Netsil deal follows the recent decision to enter into a definitive agreement to acquire Minjar, which makes Botmetric, a service that provides customers with unified cost control and enhanced visibility into their workloads running in public clouds.

“That first deal was about governance,” Pandey said. “Combined, they are all about making the clouds invisible and developing a control plane to do that. “With Netsil and Minjar and Nutanix Calm [application orchestration and lifecycle management] we can build the next-generation control plane. This is all about how we can make it so applications can move back and forth across the various cloud stacks.”

Terms of the deal were not disclosed. Closing is subject to the satisfaction of customary closing conditions.