CrushBank has early customers moving into production now, and has been taking orders. They are working the IT trade show circuit, to introduce their product to MSPs. 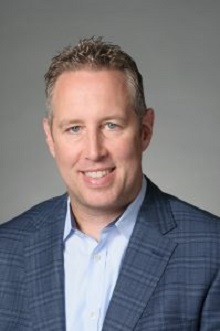 AUSTIN – CrushBank, a new company created by two executives from the same New York City-area MSP who have worked together for 24 years, is looking to reshape how the IT Help Desk industry works. They have developed an application which leverages the analytics of IBM Watson to provide Help Desks with a powerful new tool. And while they are selling it today, and have customers moving from beta into production, they are bringing it to the attention of MSPs by presenting it at appropriate IT trade shows, including the CompTIA ChannelCon event here.

“We are effectively in the middle of a soft launch with this,” said Evan Leonard, CrushBank’s President. “We have a number of companies on beta moving to production with the product, and have gotten a number of new orders in the last couple of weeks.”

Leonard said that CrushBank offers a disruptive infusion of energy to a Help Desk industry that badly needs it.

“We consider this to represent a different way of thinking around Help Desks,” Leonard said. “The quality of Help Desks has declined significantly from even five years ago, and we have heard the source of the problem talked about here at ChannelCon. Help Desks have become entry jobs into the IT industry. But they aren’t the kind of innovative environments where young people want to build careers, so they leave, and the Help Desks constantly lose their best and their brightest to other areas within IT.”

“First, because Watson is cognitive computing, machine learning, natural language, you can ask natural language questions and it wont impact your search,” he said. “Traditionally, the way in which you ask the question will affect the search. The second thing is that it learns from each interaction. It gets smarter each time and it never forgets. It all adds up to a faster time to resolution. If you are a Help Desk, it makes every engineer your best engineer.”

The genesis of CrushBank began in 2015, when IBM opened up Watson to a partner ecosystem.

“We were an MSP then, and we had the idea to utilize Watson on the Help Desk,” Leonard said. “We presented IBM with the idea through a Shark Tank concept. They liked the idea, and we eventually became the twelfth company in their Watson partner program.”

Attendance at trade shows, something that will continue over the next six to twelve months, is critical in CrushBank’s go-to-market strategy.

“We are attending events like ChannelCon, Autotask Community Live, and ITNation, as well as events for industry organizations like HTG and TPG,” Leonard said.” While our product is all about simplicity of use, and we are looking to interest many MSPs, we think that this will be of the most value to higher-end ones.”

“We want partners to be able to add value, and very small – one or two person – shops may not be able to do that,” said David Tan, CrushBank’s Chief Technology Officer.

CrushBank has also trained Watson on the systems of RMM vendors, to make easy access to their information part of the app’s capability.

“It takes what ConnectWise and Autotask have to offer and make it accessible in one place,” Leonard said. “There’s now one place for your Help Desk engineer to go to and ask questions about them, instead of having to escalate, or search for an answer. Instead of five click-throughs to find something, they have one place.”

CrushBank started with ConnectWise and Autotask because those were the companies that Leonard and Tan have worked with in their MSP, the CHIPS Technology Group.

“We are building out ServiceNow and Freshdesk, and the plan is to ultimately add this support for all the RMM vendors,” Leonard said.