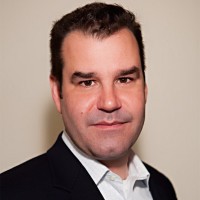 Jason Bystrak, executive director for the Americas at Ingram Micro Cloud, confirmed that the fourth person will be joining the team in coming days, and that the distributor has begun a search for a “director-level” executive to head up the Canadian cloud operations. That new director will report to both Bystrak as Americas cloud leader, and to Ingram Micro Canada boss Mark Snider.

As well as the growing cloud market for the distributor — both in Canada and around the world — the change is being driven by changes in Ingram’s overall structure and go-to-market around the world, which is emphasizing the independence of subsidiaries.

“Cloud has been run as a global business unit, but now we’re rolling it into our local businesses,” Bystrak said of the change. “We’re dong what we can do to drive this thing faster. We’re investing.”

The expansion of the cloud organization for Canada comes as the distributor’s seventh annual Cloud Summit for the Americas approaches. Slated for the 11th to 14th of next month in the conference’s unofficial official hometown of Phoenix, Bystrak said he expects to see between 50 and 60 Canadian partners on hand for Summit to be part of a maturing conversation around cloud services. In fact, Bystrak said, the content in the distributor’s Cloud University training content at the event is rapidly evolving “From 101- to 200- and 300-level content.”

Bystrak mentioned six areas of focus for the conference, which of course line up with the distributor’s priorities for its cloud business.

The last item, in particular, represents a significant growth opportunity for the channel, which had been largely “growing by breadth” by expanding the number of SMB clients, but now has an opportunity to bring cloud services to enterprise customers. The flipside of that is that partners who have shied away from cloud services because they have a strong roster of enterprise customers may be at risk of losing out — and losing customers — if they don’t evolve their offerings to include cloud services if that’s what their customer base is now seeking.

This year’s Cloud Summit will also have a slightly different audience. It’s the first such conference since Ingram acquired the Odin Service Automation business from Parallels last year, and Bystrak said the Odin team “will be there in force and bringing some of their partners as well,” which will introduce more telecom and cloud hosting partners to the mix and the conversations, a change that may provide more of an “ecosystem” or community feel to the event, with more aspects of the overall cloud conversation present.