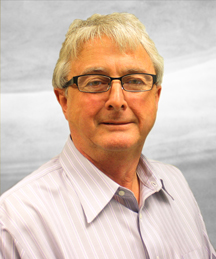 Glue Networks, a Sacramento-based company with a unique take on software-defined networking, has announced the appointment of Alan Grahame as vice president of sales. Grahame, who has held senior sales positions at HP, Agilent, and most recently, Ixia, believes that Glue’s technology has matured to the point where it can be driven into new roles beyond its original one – sitting as software on top of a Cisco router.

“The company’s founders originally funded the company themselves until 2011, when it was founded more conventionally,” Grahame said. “The first generation product was very unique. But they had an ‘aha’ moment where they saw the future of the demands WANs were going to face – and reinvented the solution.”

That entailed a move from a managed services solution to software.

“After the second generation product was conceived, it took a couple years to build,” Grahame said. “The install base customers were very loyal – fortunately. The result was that while Gluware 1.0 was more of a managed services offering, Gluware 2.0 is more of a standalone software solution.”

Glue’s solution sits in a layer on top of the router in what Grahame described as a ‘controller of controllers.’ The original focus was on Cisco routers – for obvious reasons – but Glue unveiled support for multi-vendor orchestration at last fall’s Open Networking User Group (ONUG) event and would like to significantly broaden support to other vendors.

“Our claim to fame is we can provide full automation of the WAN operation,” he said. “No two networks are the same, but each can be handled in a very specific manner by Gluware 2.0, optimizing router configurations for optimal efficiency. Others automate in a prescriptive fashion, where the automation is thorough, but where it doesn’t give the customer full automation if they step outside that prescriptive environment. This is not prescriptive. We don’t have those constraints. Once the modelling is done, we give the ability of full automation.”

Large enterprises are where Glue is focused with this at the moment.

“This can be used by anyone including service providers, but the service provider market is a lot slower and their needs can be different,” Grahame said. “It’s not the focus of our attention at this stage. It’s rather on large companies with their own networks.”

Opportunities to expand markets are significant because Grahame said the subsequent releases to 2.0 have been extremely impactful.

“2.0 wasn’t really complete, and the full GA release will be later this year when the other releases have been rolled out,” he said. “In a couple months, we will be introducing a full on-prem solution for banks and others who want to manage their networks themselves. 2.0 is being released in stages, adding things like multi-vendor support.” They have since had interest from networking and application performance vendors.

Grahame is also working to strengthen Glue’s channel, which handles the large majority of its sales, even though it is limited in size. The channel is under 20 partners in North America, with many being larger resellers and SIs, and heavily weighted to large Cisco resellers.

“We are pretty much all channel, although there are odd individual situations where companies want to buy direct, so I would say the channel is in the 90 per cent range,” he said. “Like many new solutions, we work with the partner’s customer, and do a lot of the work on a direct basis. We want to sell the software, though, not managed services. We leave that kind of value added activity to the partners who are out there. Partners add a range of services which we don’t want to do, and they extend our footprint very rapidly.”

“There are account managers who are excellent at controlling established revenue areas, while others are good at developing new customers and others are good at channel development,” Grahame said. “Each have a significant role to play in a complete go-to-market, but we aren’t at the point where we have loads of established accounts that warrant full time account managers. I’m more interested in deploying good salespeople to open doors, and good channel managers.”

Part of the channel manager’s job will be to get partners to leverage the business arguments for Glue that aren’t yet on their website – but will be.

“Gluware 2.0 is available as SaaS based support or perpetual licenses, but some very large enterprises haven’t embraced the idea of buying this as a service, so our sales are almost all licenses. We would like to change that.” Over time, Grahame said they would also like to expand Glue beyond North America.