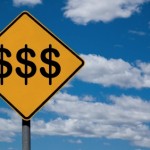 Cloudy with an increased chance of profitability – that’s how market research firm IDC sums up the channel’s prospects in 2011.

IDC’s software channels and alliances research team presented its 2011 outlook in a Webinar Thursday afternoon, and one of the biggest predictions: the cloud will become more profitable.

That’s in large part because for the most part, vendors have set the margins and fees partners see for cloud-based offerings “artificially low,” Bibby said, believing that the cloud hype will be enough to get partners interested and motivated.

But that’s about to change.

Leading the way are innovative new channel program models that offer partners better fees and margins, Bibby suggested, giving the specific example of the NetSuite SP100 program, which offers 100 per cent first-year margins to partners who want them, at the expense of reduced long-term profitability. But that’s not the kind of choice all partners are going to make – Bibby stressed that partner programs need to switch focus from up-front commissions to better long-term options in order to keep partners motivated to keep customer satisfaction up in the long-haul.

Expect to see more partner clamoring for a shift from agency or referral fees from cloud-based vendors to an actual resale model – partners are wary of giving up control of billing to cloud vendors, and those who don’t offer some flexibility may have a hard time with partners.

“If there’s been one cry out from partners in the last few years, it’s been that,” Bibby said. “Whoever controls the billing, controls the customer.”

And beyond that, many partners have shifted from using the cloud to resell products to using the cloud as a platform for delivering their own services, produced in a repeatable and packaged way. In many ways, Bibby suggested, the cloud is allowing VARs and Sis to become ISVs themselves.

“Developing for the cloud is a lot easier because there’s no need to deal with the upgrade cycles typically associated with the software development,” he said. “Cloud computing is bringing partners into lower customer markets, using repeatable code to solve recurring problems.”

That’s leading to a new group of partners who are focused on services only, and don’t actually want much to do with the traditional business of selling vendors’ wares. Already, Bibby said he sees alliances being formed in the channel to meet customer needs, with services-only VARs offering their unique component, but working with software-focused large account resellers to deliver supporting vendor products into the equation.

Vendors should take note, though – “Many partner programs are not optimized for the services-only partners we’re talking about,” Bibby said, especially those who build their channel programs around things like deal registration, and don’t have much to offer partners who are crucial to getting vendors’ wares put into their solutions, but not themselves selling those products to the end customer.

Some other notes from Bibby’s presentation on the cloud:

By the way… the shifting value model for partners in the cloud was just one of ten predictions presented by IDC’s software channels and alliances team Thursday. The other nine? Well, that’s the topic for a whole ‘nother blog post.