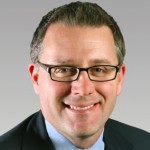 NetSuite has extended its SP100 Program, which offers channel partners a massive up-front bonus on deals in return for trading away longer-term recurring revenues.

Craig West, vice president of channel sales at NetSuite, said the first year of the program has been a successful one for the company – swelling the company’s channel ranks by 40 per cent. But while 100 per cent margins grabs the headlines (and this article is no exception to that), West was pleasantly surprised that the majority of partners, especially those with a long-term view of the cloud, opted for the more traditional 50/30 model.

“When folks really look at the model, and when they really get the idea of recurring revenues, they tend to follow the traditional model,” West said. “But choice is good.”

Particularly since that choice is on a case-by-case basis – solution providers can easily opt for 50/30 with the majority of their customers, but take the 100/10 model with a select few to help boost short-term productivity.

The model was initially designed, West said, to help VARs deal with what NetSuite describes as the FUD around the cloud – especially around the nature of the transformation to a recurring revenues model. “SP100 really helps them integrate the change as they go,” he said.

But over the course of the year, the continued rise of the cloud has resulted in a changing conversation. West said he no longer has to sell solution providers on the potential of the cloud as more than hype. “Now its about the business model, and what reasonable expectations are for a cloud practice,” West said.

For the second year of SP100, NetSuite is focusing on partner enablement, introducing NetSuite SuiteStart Service, a package of benefits for partners that include:

“Some would jump on the highway and do 90 miles per hour right away, some would take the back roads and do 35, and a few partners would get lost somewhere along the route,” he said.

Under SuiteStart, NetSuite and new partners will determine goals and timelines for building partners’ business with the company.

With the second year of SP100, the company is also extending the program to EMEA. Previously, it was only available to partners in the Americas.

While the first year of SP100 was all about growing the company’s channel, West said he’s not looking for indiscriminate growth in the number of partners, citing the potential for creating conflict and de-valuing existing partnerships. He said the company evaluates each new partner based on the geography they cover, and increasingly the vertical markets they serve within those regions.

“We’re looking at white spaces on the map and in verticals,” West said. “We’re not looking at thousands and thousands of partners – those who have thousands are culling partners to get back down to a manageable level.”

So how long will the 100 per cent offer, once described as a limited-time offer, last? West stopped short of calling the program a permanent fixture in the company’s channel plans. But he didn’t stop much short of it.

“If it’s helping partners in their move to the cloud, there’s no reason to take it down,” he said.