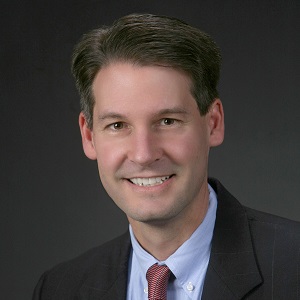 Today. NetApp is making several announcements which strengthen different elements of their analytics-focused portfolio. They include a pair of new systems, the all-flash EF570, and the hybrid flash E5700, both of which sport an NVMe option. The company also announced a NetApp Converged Infrastructure Solution for Data Analytics, enhanced SANtricity Cloud Connector software, and a new version of their SANtricitry software, which powers all the new systems.

“NetApp is rebranding itself today as a data company, and these announcements really fit well into that theme,” said Mike McNamara, senior manager, product and solution marketing at NetApp. “They are really helping to turbocharge customer time to monetize their data.”

The NetApp EF570 is NetApp’s fourth generation all flash system.

“The E series line is all about extreme performance, and is used in performance-intensive workloads like Big Data analytics,” McNamara said.  “It did very well in two industry benchmarks, the SPC-1 for IOPS and the SPC-2 for Bandwidth. We expect to be number one in both. Most of our competitors do well in one or the other, not both.”

The EF570’s very dense 2U platform supports 367TB of raw flash capacity and scales to 1.8PB. It delivers up to 21GBps of bandwidth, 1,000,000 sustained IOPS, and sub-100 microsecond latency. This all translates into double the throughput performance of previous versions.

The EF570 and E5700 are among the first 2U arrays to support the newly-available NVMe. There is a significant price premium for the new technology.

Both the EF570 and E5700 run on NetApp SANtricitry software. In addition to security enhancements like role-based access control and audit log, Active Directory support, and an external key manager, the new SANtricity 11.4 being announced with the systems adds a new tool, SANtricity System Manager, which allows customers to manage their systems from any location, at any time.

“This is a brand new managed tool which ships on box,” McNamara said. “It is light years better than what we offered before. It really lets you drill down into Splunk, and is a blueprint for partners who want to sell into the Splunk environment.”

Splunk, and to a lesser degree Hadoop, have always been a focus of the Big Data-themed E Series, and Splunk is also a target of the newly announced NetApp Converged Infrastructure Solution for Data Analytics. It is a pretested, prevalidated reference architecture to help simplify deployment of data analytics environments with the latest storage, networking, and server technologies.

“Last year we offered a solution with Arrow, but have evolved and improved our Splunk support since then,” McNamara said. “We have a decent footprint now in Splunk, but are always looking to make it easier for partners. They really butt heads here against commodity servers, and traditional DAS, and it’s a different selling motion, where they tend to be selling to data scientists. The converged infrastructure solution makes selling into this environment easier.

“We also have a Splunk performance app that we have enhanced to support these latest releases,” McNamara added.

The final element of the announcement is the enhancements to the SANtricity Cloud Connector, which provides block-based backup and restore of an E or EF-Series volume to S3.

“We announced this on June 5, and have significantly enhanced it since then,” McNamara said. “It now supports our AltaVault as well. We have also added a new interface.”