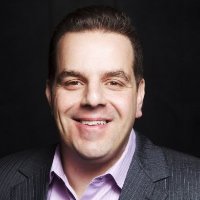 ChannelBuzz has learned that Walter Andri, who has been President and Managing Director at Avaya Canada, is leaving the company.

Andri, who had been senior vice president of sales at Primus Telecommunications Canada, joined Avaya a little under a year ago, in late February 2015. His telco background made him highly attractive to Avaya, which was looking for a Canadian country head with precisely that qualification to both build and reforge relationships with major Canadian telcos.

Canadian partners were notified about Andri’s departure last Friday through an email from Gordon Blackie, Avaya’s President of Americas International, which includes Canada. Blackie said that Andri was leaving the company to pursue other professional interests. Jocelyn Larochelle, Sales Operations Leader, will act as interim Sales Leader for Canada while Avaya searches for a new managing director. A year ago, there was a two month gap between the departure of Ross Pellizarri and Andri’s appointment.

“I would like to reinforce our commitment to our partner community and reassure you that our mutual business will not be disrupted while we search for a new sales leader,” Blackie wrote in his email. Jocelyn will be working closely with Rob Auld, Canada Channel Leader, to ensure that we continue providing the support that you need in order to grow with Avaya.”

Auld, who also has a significant telco background, including Director of Sales at Telus, was originally recruited to Avaya Canada by Andri. Despite this connection, ChannelBuzz has been told that Auld isn’t likely to be going anywhere any time soon. Several Avaya Canada partners also indicated to ChannelBuzz their view that Auld has been energetic and effective since assuming his present role last November.