The San-Francisco-based company with a strong Canadian connection has been moving beyond their direct model as they expand, introducing a channel program earlier this year, and now making themselves available for sale to AWS customers on that marketplace.

High-flying digital operations management provider PagerDuty has expanded their collaboration with Amazon Web Services, and is now available on the AWS marketplace. It’s another step in the evolution of their go-to-market model, as the company continues to drive forward. It comes on the heels of their adding a VAR and MSP channel, which saw them introduce a partner program this spring.

“We are expanding with multiple new go-to-market models like the AWS marketplace, and our VAR and MSP channels, in addition to our direct sales model,” said Jukka Alanen, SVP Business Development and Corporate Strategy at PagerDuty.

The go-to-market expansion follows on PagerDuty’s strong growth, and its evolution of its corporate strategy from DevOps tool to broad platform.

“PagerDuty is one of the fastest growing companies in the software-as-a-service market,” Alanen said. “We went from $1 million to $100 million in ARR [Annual Recurring Revenue] in six years, which is extremely fast. We now have over 10,000 customers including 50 of the Fortune 100.”

While PagerDuty is now based in San Francisco, it was founded in Toronto by three graduates of the University of Waterloo.

“The founders were experiencing real-life problems working at Amazon in 2009,” Alanen said. In DevOps, developers develop code and deploy it into production, but then have to maintain it and manage problems in production. The problem created is how you actually manage operations when you deploy code into production – specifically, how do incidents get revolved smoothly by the developers when production stage problems isn’t their focus. It’s fundamental to DevOps when you own code end-to-end to be able to quickly react to problems without hurting productivity. So they created a solution, which became the company. That First Wave of the company’s growth was designed purely for DevOps. It managed who was on call if there was a problem –  who got notified and mobilized when there is an incident. That’s where the name PagerDuty came from.”

Unsurprisingly, PagerDuty grew in this First Wave of Development in large part because the product was championed fervently by DevOps teams. The Second Wave of growth, which was the 2016-2017 period, saw the company develop to address the modern incident management lifecycle more holistically for both DevOps and IT Ops.

“Now we are in our Third Wave of growth, where PagerDuty has evolved from a product into a platform for real-time action,” Alanen said. 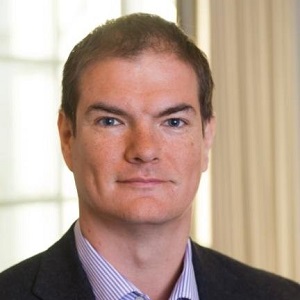 “What we do now is cover the entire lifecycle from monitoring tool signaling – where we are integrated to 250 plus monitoring tools – in a much more automated and intelligent way,” Alanen explained. “We use machine learning to orchestrate action to take action, and enable the platform to continuously learn. This is very different from the ticket-based workflow model that is the norm in this business. It is based on an automated lifecycle.”

In July 2016, Jennifer Tejada, the former CEO of SaaS performance enhancement provider Keynote Systems, which sold itself to a private equity firm and was folded into Dynatrace in 2013, became the CEO, to lead the company to its next level of growth. Former CEO Alex Solomon, one of the three founders, became the CTO.

“The strategy now is very much a team effort, since the old CEO is now CTO,” Alanen said. “Since the CEO change, we have crystalized and accelerated the broader platform strategy, but ingredients for that existed before she joined, particularly the rich set of integrations, and being a hub and orchestrating workflows. We are now taking the company to the next level in multiple ways.”

The channel is one of those ways.

“We announced our channel program this spring, so it’s fairly new, but we are ramping it up,” Alanen said. “We have partners who have made transactions with us. VARs and MSP have value for us because they can bring a more comprehensive solution portfolio for their customers. They use us integrated with other products, like ticketing, or management, or DevOps tools. If they have a solutions practice, they can work with us in many ways, and integrate us with AppDynamics, DataDog, ServiceNow or Microsoft.

“Because PagerDuty can be applied to make real time actions more effective, VARs can see how to best improve their customer’s operations and bring them business value,” Alanen added. “Our solution is easy to use, but the issue of how to transform your digital operations and DevOps models is not, so the partner’s expertise is valuable. Our core functionality is also something where many organizations are still lacking. Many still have manual processes for real time work and can’t respond that quickly to incidents.”

The AWS Marketplace is another key part of the go-to-market expansion. It makes it easy for AWS customers to purchase PagerDuty subscriptions, which are integrated into a customer’s AWS account and bill. Customers can also customize pricing or terms for PagerDuty using AWS Private Offers. In addition, AWS customers enrolled in AWS Enterprise Contracts can purchase PagerDuty subscriptions using established, pre-approved enterprise licensing terms.

“We already have over 2,600 AWS customers using us, and this will make it easy for AWS customers both to subscribe and to add to their accounts,” Alanen said.

While this is an expansion of what was already a strong AWS relationship, PagerDuty also works with other clouds.

“We are cloud-agnostic, and can work with any cloud – or on-prem,” Alanen said.

The ability of customers to acquire PagerDuty through the AWS Marketplace also creates opportunity for partners, he added.

“Many VARs and MSPs look at how to bring value to customers in cloud around cloud migrations and DevOps. PageDuty can be an enabling building block to accelerate cloud migration and cloud native development. We are a key element of these strategy. Being available on AWS Marketplace makes us a proven part of that solution stack, and increases the opportunity around us to the partner. And the AWS marketplace already has models which involve them.”