While D&H's win will shock few -- they win the ASCII award every year -- the ranking of price on criteria in choosing a distributor may be more surprising.

The ASCII Group’s Distribution Survey for the 2017 year is out, and once again, D&H Distributing has won the award for best broadline distributor. That’s not startling news. ASCII has conducted this particular survey for nine years, and D&H has won nine times. Some of the details in this survey will be of more interest than D&H carrying home another overall crown, however.

The ASCII Group is an association of small business-focused IT solution providers, which include VARs, MSPs, and retailers, which began over 30 years ago as a buying group and has evolved into a fuller, dues-paying service organization.

“We have about 1400 members combined, between the U.S. and Canada,” said Doug Young, ASCII’s Chief Operating Officer. At one time, the Canadian and American organizations were pretty much separate, although they certainly collaborated, but that has changed in recent years.

“There is now more integration between the two organizations,” Young said. “We found that we were mimicking each other, and that it made more sense to coordinate our programs and customer service, in order to improve our capabilities and the effectiveness of our operations.”

“We continually add programs,” Young said. “For instance, we work with companies that do tax advice for the Fortune 500, and have created a national sales tax guide to help resellers understand how to deal with the many common sales tax scenarios.” That particular program is just for the U.S. 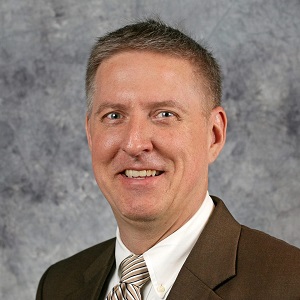 “We also help them a lot with marketing,” Young said. “These days, they all know how to do marketing, but they tend not to have the time. We have a social media program, that automatically makes posts on their accounts for them. It’s a great way that they can stay in front of their clients, and helps them avoid stale sites, which are deadly. We also help them with e-marketing newsletters.”

The ASCII Group gives out a lot of awards. Each of their Success Summits, for example, has the members vote on several awards, one of which is for Best Distributor. That sometimes reflects which distributor made the strongest presentation at the event – and it has nothing to do with this particular award.

“Every year, at the end of the year, I do a survey that rates the distributors,” Young said. “It is pushed out to members in the U.S. and Canada, and the results are based on those responses.”

D&H historically does extremely well in this survey because their business is geared towards SMBs, and with a strong weighting to the S part of that category. They sign up and extend credit to many small resellers – micro-resellers would be more accurate in many cases – who are not pursued at all by the larger broadline distributors. They also run a highly profitable operation serving this market, posting strong double digit returns quarter after quarter. Their operations thus overlap strongly with ASCII Group’s member base.

In this year’s survey, D&H won six of the survey’s 16 categories, outright, and tied for the top in another six. They won outright in: ease of doing business with tech support; ease of doing business with credit department; adequate credit provided; price; quick issue resolution; and Website ease of use. They tied for the lead in: accurate shipping provided; convenience of warehouse locations; knowledgeable and helpful sales reps; post-sales support; pre-sales support; and timely shipment. Synnex and Tech Data also won categories.

Adequate credit was one category where D&H did better compared to last year, and Young said that’s likely because they responded to issues raised in last year’s survey.

“After we provided the survey results last year, we pow-wowed with the D&H credit department, and then went back to the members who had given them lower scores, and asked them what the issues were,” he said. “We then gave that information to D&H.”

D&H scored average or above in 14 of 16 categories.

“One of those was product breadth,” Young said. “That’s not a surprise. They don’t attempt to provide everything to everyone, and don’t offer the breadth of the larger broadliners.”

The other one was product availability, where D&H has also not done well historically, but Young said they improved there this year.

“They have put a lot of effort into changing the perception that they are mainly an east coast and midwest-focused distributor, and that has been noticed by members,” he said. D&H Canada opened up a west coast distribution centre in Vancouver this year, to strengthen themselves in a region of Canada where they had not previously been strong.

Young also noted a couple other items of interest from the survey data.

“We ask members to rate most important features when asking what distributor to use,” he said. “It’s not price. That’s not the most important factor. It ranks after timely shipping, accurate shipping,  product availability, and ease of working with sales reps.”

Young indicated as well that even smaller resellers still go to distribution as the primary way of doing things, as opposed to other choices.”

“70 per cent are still primarily distribution, as opposed to buying online, or direct from manufacturers,” he said.