Breakout creative workstations, Chief IoT officers and a self-healing future are among Dell’s vice-chairman of Operations and president of Client Solutions’ 2017 predictions. 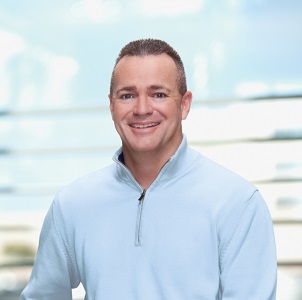 If you could predict the future, how would you do things differently? When we polled business decision-makers around the world, 66% said competition from digital start-ups is incentivizing them to invest in their IT infrastructure and digital skills leadership.

Understandably so. The last couple of years have been tumultuous to say the least. Every Blockbuster has its Netflix. Every Borders and Sears has its Amazon. Expect even more disruption to come down the pike. Established companies are being out-maneuvered and out-innovated by digital start-ups across the world. Nearly one in two don’t even know whether they’ll be around in 3-5 years’ time.

But amid the disruption is opportunity – and lots of it. Here are seven significant trends for 2017 and beyond (seven being a lucky number). No doubt some of these will change the way you do business, from the edge, to the core, to the cloud.

2017 will signal the democratization of immersive creativity. Very soon, creators will be able to weave their magic with some super powerful technology – and in time, this technology will be adopted by the wider population.

Builders and architects will walk onto project sites and use their devices to see full-scale models of buildings before any work has even begun. Hobbyists will see and do with a twist of a knob, swipe of their finger, or scribble of a pen. Using touch and totem rather than point and click, kids will draw their way onto Minecraft.

67% of respondents in our global Future Workforce Study have gone on the record saying they would be willing to use Augmented Reality /Virtual Reality products in their professional lives. Over the next few years, expect VR/AR to reach a tipping point.

Hands-free devices will propel people into parallel worlds, in which their only limitation will be their imagination. They’ll learn new skills, provide services and engage with people, without bumping into the time and cost constraints of physical media.

The blurring of the physical and virtual worlds could well herald the end of lectures, binders and incessant note-taking, by bringing education to life with more immersive senses like touch.

Pokemon Go may be adding around 700,000 new players a day, but AR and VR are ripe for much more than just gaming.

Have you recently heard your mechanic say that your car needs a software update? Well, you heard correctly. In the age of the connected world – practically anything with an IP address can be hacked. The 2015 incident with the Jeep Cherokee is a case in point.

Expect the attack perimeter to widen this year and encroach upon other areas of the business beyond the IT network.  Understanding that it’s not just your data that needs to be protected, but also items like your HVAC infrastructure, is going to be a critical awakening for businesses going forward.

This isn’t the generation who settles for second-best. Why not? Because we’ve gotten used to progress at 100mph. R&D teams are constantly working-up a sweat to surprise and delight their customers. And just when people thought 5K resolution would supplant 4K as the next industry standard, rumors of large displays with double the resolution are starting to circulate.

In 2017, people’s experiences of living in Technicolor will be upgraded further, until the real-world will look dim in comparison.

Business chiefs are popping-up all over the place. Chief Digital Officers were all the rage but now there’s a new kid on the block, in the shape of the Chief IoT Officer.

Why do we need them? Because companies will experience mounting pressure to bridge the gap between operations and IT.

In a bid to improve ROI and efficiency, the Chief IoT Officer will work with everyone from facilities and plant managers to CIOs and CEOs.

They’ll be the change agents, responsible for pulling their firms into the Fourth Industrial Revolution, a world which pulses to the rhythm of eight billion connected devices on the planet today (by 2031, we forecast this will grow to over 200bn devices or more – 25 times more than the number of people on the earth). Big job!

Prediction 6: Prevention is better than a cure

Any doctor will tell you that prevention is better than a cure. And now, thanks to machine learning, we can tell when a piece of technology is about to break before it does, and address the issue quickly. With self-healing technology, companies can deploy talent on more strategic IT projects vs. spending time on break/fix services.

IDC predicts by 2020, nearly 20% of operational processes will be self-healing and self-learning. This represents far fewer fires to put out.

Prediction 7: Machines and their crystal balls

It’s no secret that companies – and people – are struggling to cope with the tremendous amount of data now online.  But brace yourselves – large scale data will soon help machines understand things in brand new ways. For instance, MIT is doing some really cool stuff with vision perception. By making machines watch popular TV shows like The Office and Desperate Housewives, they’re learning how to predict how humans will behave.

The MIT researchers believe machine perception will revolutionize industries where insight can be acquired from data at scale. For example, computer vision may provide an affordable, more accurate procedure to screen people for medical issues.

In time, machines will start to apply their learning across modalities and domains – making it possible to learn from text or virtual worlds.

Exciting stuff! Maybe I’ll let the machines write these predictions in a few years’ time while I watch more of The Office (Desperate Housewives isn’t really my kind of show).

Jeff Clarke is Vice-Chairman of Operations and president of Client Solutions for Dell. He’s responsible for the company’s global supply chain and end-user computing organizations. In this role, he oversees global manufacturing, procurement and supply chain activities, as well as the engineering, design, development, sales and marketing of computer desktops, notebooks, workstations, cloud client computing and end-user computing software solutions.

Jeff joined Dell in 1987 as a quality engineer and has served in a variety of engineering and management roles. He moved into product development in 1989 and was promoted to director of desktop development in 1995. In 1997, Jeff was responsible for launching the Dell Precision workstation product line. Subsequently, Jeff became vice-president and general manager within the relationship product group, overseeing the OptiPlex, Latitude and Precision lines of business. Under his leadership, all three businesses achieved No. 1 worldwide share positions.

Prior to joining Dell, Jeff served as a reliability and product engineer at Motorola, Inc. He serves on the College of Engineering Advisory Council for his alma mater, the University of Texas at San Antonio, where he earned a bachelor’s degree in electrical engineering in 1986.