The Cloud Store deployment, which is now available to all Ingram partners, allows smaller customers to provision themselves, integrating them directly into the Ingram Micro Marketplace. 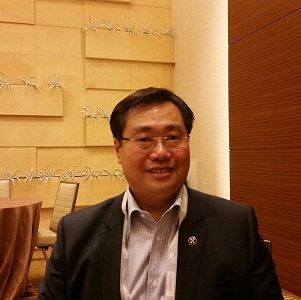 LAS VEGAS — Ingram Micro’s Cloud Marketplace has been available in Canada for over two years. Earlier this year, however, its functionality was extended here with the introduction of a new Cloud Store deployment. Cloud Store allows partners to private label the platform to allow their end clients to purchase and manage their own cloud solutions. The initial deployment was conducted by AMA, a Mississauga ON cloud solutions provider, although it is now available to all Canadian partners.

Formed 28 years ago as Advanced Microcomputer Accessories, AMA evolved into a cloud company of approximately 45 people that offers a selection of managed backup and recovery, Office 365 and Azure services. They are a member of Ingram Micro’s Trust X Alliance.

“With Ingram, we have always liked with they did with the cloud,” said Daniel Cheng, AMA’s President. “We took part in the Cloud Marketplace for the partners once it became available, and also the Odin platform, where we can do provisioning for customers.”

As a long-time Ingram Micro cloud partner, that has been to all of the Ingram Cloud Summits since their inception, AMA was given the opportunity to be the first Canadian partner to deploy Cloud Marketplace to integrate their customers into the solution.

“The Ingram Marketplace allows partners to go in and order,” Cheng said “This extends it out to our end customers, and allows them to self-provision.”

Cheng explained the use case where this capability is valuable.

“My core customer base is in the 100 to 999 seat space,” he indicated. “For these larger customers, in more complex Azure environments, they won’t really be able to self-provision. It’s the sub-100 seat space, those small customers, that I need a better way to get to. It’s more efficient for us to allow them to provision themselves through Ingram.”

Cheng said that the Odin platform underneath the hood makes this process easy for the customer.

“The deployment extends the marketplace, so our end customers can place an order directly to Ingram, although it’s fully white-labelled, so the customer just sees our branding,” he said. “They have a choice of two buttons. ‘Try it’ goes to Microsoft, but ‘Buy it’ goes to AMA cloud store which is hosted by Ingram Micro. Having that Odin automation in the background for the small customers makes the provisioning faster.”

Cheng said that they could have developed something like this themselves, but that it would have taken six months.

“Our site technically goes live tomorrow, on December 1, although we have had a soft launch for several months where we flushed out some of the text code to add Canadian nuances, like the different date formatting from the U.S.,” Cheng said.

One additional thing Cheng would like to see added to the Cloud Store platform is French capability.

“One thing that it doesn’t have right now is bilingualism,” he said. “We have been told that it is on the roadmap, but there is no option for it at this point.”

Cloud Store is now available to all Ingram Micro partners in Canada.