At this week’s Dell Canada Partner Summit 2014 in Toronto, Dell execs reiterated their channel commitment, asked for partner help in better defining their needs, and asked them to do even more business to help Dell make its targets. 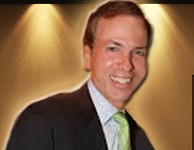 TORONTO — At this week’s Dell Canada Partner Summit 2014 in Toronto, Bill Rodrigues, President, North America & Global 500 Sales at Dell, credited partners for a major part in Dell’s significantly overachieving its objectives in North America during the first half of the year. However he noted that the flip side of this is that he has greatly increased expectations for the second half, and is counting on the channel to lead the way.

“Our overall business in North America in the first half of the year far exceeded expectations, and partner growth grew faster than direct business,” Rodrigues told partners in his keynote. While Dell is doing some targeted hiring on the direct side – for instance in Canada, they have added to their teams in software, and in channels – Rodrigues said they are not doing many direct hires overall

“As the business grows, I am not going to go hire a bunch of new reps – just a handful of people in a couple of places, so to grow the business, I have to use partners,” he said.

Dell changed its direct compensation system early this year to reward its salespeople for working with partners, in some cases, paying them more to do so. Rodrigues said that changing the culture internally hasn’t always been easy, but that they have been giving their salespeople a consistent message.

“Even if you outperform, if you are selling all on your own, that’s not too good, because if you work with partners in your territory, you would have done better,” he said.

Some direct reps were still concerned about bringing a partner into a deal because they might sell other vendors’ products, but Rodrigues said the message is that if you don’t bring them in, the partner WILL sell other stuff if they win the deal.

“We believe we’ve made a lot of progress with respect to direct-partner relations,” he said. “We want to keep the message simple and consistent. Where we find issues we will address those because we don’t want to hire new people.”

Rodrigues told partners that in response to their first half success he had just raised the goal for the second half by a very large number.

“The only way we do that is with partners,” he said.

Several times, Rodrigues mentioned in both his address and in response to questions that if partners have persistent problems with internal reps, they need to identify them by name to higher level Dell people. This was generally followed by nervous laughter as partners seemed to wonder whether he was serious.

“If you have any doubt how dedicated we are to partners, we want to continue to learn, to enable, to do better, to be the best partner out there to work with,” he stressed. “If there are things we need to be ding to incent you to bring more business that way, you need to tell us.

Several Canadian initiatives have recently been made in response to such feedback. Dell Canada President Kevin Peesker said that both partners and customers had been saying last year that a major problem they had was they really weren’t sure who to deal with at Dell.

“As a result, we undertook a complete go-to-market transformation change where we aligned our specialists in geographies that were close to our customers, so we had our people in cities working with a partner in those communities,” Peesker said. “This made it easier to build those relationships and connect with us.”

“We had been told that in less than 100 employee businesses we were not strong in Canada,” said Gilles Philippe, Canadian Marketing Manager, Commercial Channels at Dell. “So we have undertaken an omnichannel approach to marketing to small business, where we are reintroducing capabilities of Dell and local solution partners.”

Peesker noted how Dell’s Canadian events have changed as well.

“We have 42 events across the country, and they used to be mainly direct, and now they are all joint events with partners,” he said. Dell Preferred and Premier partners can use MDF to cover 50 per cent of their costs when they invite their end users to these events.

“It’s still early days of distribution, but there is a lot of enthusiasm,” she said, although she noted that Dell’s U.S. distribution network is still more developed than Canada’s.

Peesker singled out servers as an area of particular success for Dell in Canada relative to the market as a whole.

“We have had considerable success in the server space, both in SMB and with very large organizations, including the province of Ontario, who signed with us after 12 years with another vendor,” he said. “We have also seen tremendous success in several areas of the federal government in the server space.” He indicated that average server selling price was going up as they pack in more memory and SSDs.

Cook noted that Dell has also had considerable success in the server business poaching both customers and quality partners away from IBM since the announcement of the sale of their x86 business to Lenovo, a deal which just recently closed.

“Since the announcement of the intended sell-off, we have been extremely proactive in reaching out to both customers and IBM solution providers, and since then, our win rate is up 35 per cent,” Cook said. “At a meeting we had in Atlanta, half the room was IBM solution providers that were meeting with us. Some were putting their toe in the water but others were all in. We think the profile of an IBM partner who built their business around consultative services mirrors our business far more than it does Lenovo’s.”