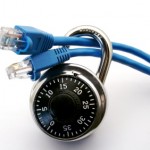 If it comes as a shock that small business owners are concerned about network security, then you have to ask yourself what rock you’ve been hiding under for the last few years.

The reason? There’s a lot of anxiety going around related to technology.

“Our belief on why they are anxious about security is because the implications about making the wrong decision around your company’s security are much further reaching than the quality of your phone system or the reliability of your Internet connection or your email service, for example,” said Jeff Lorenz, vice president of sales and marketing at Primus Canada.

The survey, conducted by Angus Reid on behalf of Primus, surveyed 504 Canadian small business owners (who are also Angus Reid Forum panel members) with up to 50 employees, about their perceptions and thoughts on network technology. The survey did not go into specifics about why they had such thoughts, but Lorenz offered some speculations.

The fact is security breaches are a big market for cyber-criminals, and there’s a race between hackers and IT professionals who are trying to patch up security holes. Small business owners may be feeling caught in the middle, Lorenz said.

Additionally, with the economy being what it is, small business owners are sweating what many perceive to be a big financial commitment, he told ChannelBuzz.ca.

“Our hope is that we can now focus on educating the small business owner that, number one, you don’t have to spend a lot of money to get the right services and security in place,” Lorenz said.

There are many companies out there (you know, like Primus) that offer business-grade managed security services that can be easily integrated into existing small business infrastructures, he added.

“I believe that small businesses are a little bit apprehensive of the notion of outsourcing — that fear of unpredictable costs around IT,” Lorenz said.

Also noteworthy is that 31 per cent of small business owners are feeling anxiety about technology and the effect it has on their businesses. Of sole proprietorships with nine or fewer employees, 54 per cent admitted concern about their business networks.

The level of concern over technology varied by region. Manitobans are the biggest worrywarts, with 81 per cent admitted concern over IT and network security, whereas Saskatchewan small business owners were the least concerned at 48 per cent. When it comes to unease over technology in general, Quebecers are the most concerned (with 65 per cent admitting anxiety), while Saskatchewan and Atlantic Canada small business owners are the most easygoing (only 17 per cent feel anxiety about technology).