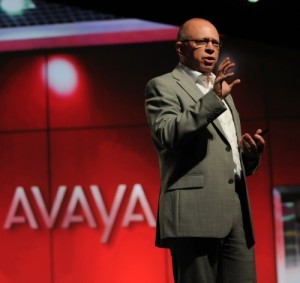 Avaya channel chief Jeremy Butt: “It’s about driving quality, not quantity, because competency gets us volume, but volume does not drive competency."

LAS VEGAS – Avaya announced plans to complete its transition from a partner structure that rewards sales volume to one that rewards specialization and competency at the kickoff of its 2011 Americas Partner Conference at the MGM Grand here Wednesday.

Jeremy Butt, vice president of worldwide channels at Avaya, said that currently, the company is “a halfway house” between the two extremes of channel philosophy. But he made it clear the networking vendor has made its choice between the two, and the choice is specialization.

“It’s about driving quality, not quantity, because competency gets us volume, but volume does not drive competency,” Butt said.

True to the company’s strategy of telling solution providers its intentions well in advance, Butt laid out the company’s three-year roadmap to finishing that transition.

In its fiscal 2011, the company will focus on adding new specializations for partners around video and data, two of its biggest current opportunities in the marketplace. For fiscal 2012, the company will add customer satisfaction measurements into its partner requirements. And by 2013, Butt said the company would be in a “pure value model” for its channel programs.

In pushing towards volume and particularly in making customer satisfaction key parts of how it works with partners, the company is following the lead of other major vendors including major rival Cisco Systems and Microsoft, among others.

Darren Bibby, Toronto-based director of software channels research for IDC said that when vendors move to such value-over-volume channel programs, it could be a boon for smaller partners and encourage the biggest partners to keep innovating.

“It takes away the incumbent advantage of bigger players over the smaller and it allows boutique partners who are very good at what they do to see success,” he said.

Butt made it clear that partnering is not a numbers game for the company – he said the company is trying to balance the right level of coverage by raising its expectations of partners. In one example, he said the company has seen its unified communications reseller base in the United States drop from 600 to 200 over the last year due to more stringent requirements for program measurement. That’s not a bad thing, he said.

The new badges for video and data expertise are going to debut in January, Butt announced. And the company is looking to increase the benefits available to its top tiers of partners, including giving top partners in a given area of expertise access to new products before they are generally available to partners. The company is doing so, Butt said, to reward its most loyal partners and to make sure it has both partner enablement and product technological details right before select new products go mainstream.

Butt said he’s looking for partners to get more involved with “brand stewardship” and to be more enthusiastic cheerleaders for the company. “I don’t want to be line-listed in your product portfolio. That’s not going to do it,” he said. “I need you to be as passionate about Avaya as we are, to lead with us and stick us when things get tough.”

In return, Butt pledged additional loyalty from the company, including more rebate and profitability programs. That includes the return of the major rebate programs that have largely gone away since Avaya folded its aggressive anti-Nortel campaign immediately after purchasing virtually all that was left of the company.

CEO Kevin Kennedy described the switch as part of a move to a model that is “customer-centric but partner-engaged,” putting the customer at the center of the universe but using the channel to jointly realize customer needs.

Here are some other thoughts and notes from the conference: