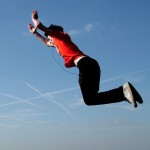 The opening of a North American LEAP Centre comes a month after the distributor opened its first-of-the-kind facility in Brussels last month, and as it rolls out an overall methodology and go-to-market based on LEAP for its solution provider customers.

So what’s LEAP? In Westcon’s parlance, it stands for Learn, Experience, Architect and Plan, and it’s the distributor’s bet for taking the data centre further into the base of channel partners than ever before.

The distributor kicked off the new facility with a Data Center Summit in Broomfield Wednesday, including top Westcon executives and channel execs from major partner Cisco as well as storage, virtualization and other vendor representatives.

The Centers stem from the distributor’s own implementation of Cisco’s Unified Computing System data centre hardware, said George Fandos, vice president of global data centre at Westcon’s Cisco-focused Comstor division. Fandos said the company envisions the facility as a way to help solution providers go to market with UCS and related technologies faster and “accelerate their time to cash in the data centre world.”

“Our partners face some challenges in moving into the data centre market,” Fandos said. “It’s a much more complex pursuit that includes much more technology than just a single piece, and it has a longer sales cycle. It’s a big investment for our resellers.”

So what differentiates the LEAP Center from the average distributor demo center? Westcon has opted to include a variety of technologies from vendors it does itself represent, making it more representative of the data centre landscape and creating a more real-world playground for solution providers to work in.

The distributor is booking sessions for solution providers and their customers to come into the centers and learn, but also plans to use remote capabilities to bring resellers in via the Internet, doing general classes, Webinars and demonstrations to partners or groups of partners who can’t make it to Broomfield.

What’s lost in the shiny new data centre playground is the rollout of a broader LEAP program, which Fandos described as the distributor’s new advanced technology go-to-market. Like the centre itself, the program will focus on time-to-cash for resellers building a data centre practice. The program includes building a business plan with each partner to drive data centre growth, remote and on-site access to the LEAP Centers, business development services like training on selling data centre technology to executives and engaging at the CxO level, and a lead-generation and business development program.

“We’ll build a structured program for them, and help them go from unified communications or convergence or whatever their background and build out a marketing program to help them drive further into their install base,” Fandos said.

The program will also include Westcon-provided services for data centre planning, staging and integration.

While the current LEAP program is focused around the data centre and Cisco UCS in particular, Fandos said that over time, it would be expanded into other advanced technology focuses, giving video as a likely example.

The idea for the LEAP Centers came from Westcon’s own rollout of Cisco’s UCS technology, Fandos said. Early in the process, Fandos said Westcon CTO Bill Hurley experienced some resistance from his team (“They freaked on him,” Fandos says) over moving to the new technology. Hurley dealt with this by taking members of his team out to Cisco’s campus in California to spend a few days playing with the technology. This was in the early days of UCS, and Cisco was no doubt excited to have a customer – particularly one that could influence its future sales through the channel like Westcon – looking seriously at the technology. The result? No more freak-outs.

“They played with and they thought ‘this will work’,” Fandos said. “This is even better than we thought it would be.”

From there came the idea of “a safe place” for reseller principals to come out and learn the theory and the sales motion in the data centre and for technical crew to come out and play with the hardware and software and build sample integrations.

One of the most impressive demos the distributor can do now with two LEAP Centres running is to instantly failover across the ocean, from Brussels to Broomfield or vice versa.

The distributor plans to open additional LEAP Centers over time, with Singapore and Sydney, Australia slated to come online next year.