StorMagic announced a new strategic relationship around Schneider Electric’s APC products this week, the latest step in a strategy of building out a 100 per cent channel model and strategic partnerships that the company thinks has it poised for even more explosive growth. 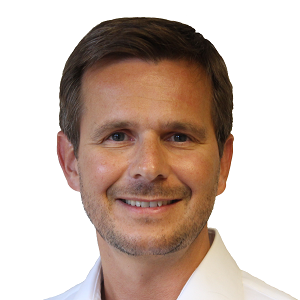 Over the last two years, Bristol U.K.-based hyper-converged [HCI] solution vendor StorMagic has transitioned from a largely direct go-to-market strategy to a 100 per cent channel one. During that period they have also built out an aggressive strategic partnering strategy, which includes relationships with Cisco and Lenovo that see StorMagic sold on their price lists, and which adds their channels to StorMagic’s own. The expanded go-to-market presence, combined with enhanced product and a significant price differential against the competition, puts StorMagic in a position that they believe will enable them to deliver on their strategy around the enterprise edge market.

“We lead with the enterprise edge,” said John Glendenning, StorMagic’s SVP of Sales and Business Development. “We focus on smaller deployments, but they are often with very large customers. I believe that StorMagic likely has the largest HCI deployment in the world, with over 2,500 sites, which unfortunately is not a referenceable customer. Our customers have multiple enterprise edge and small data centre deployments outside the core data centre – in oil rigs, wind farms, factories, distribution centres, and battlefield communication centres.”

Glendenning said that StorMagic has a major edge in this particular space.

“No one in the market can deliver a two-server solution like we can,” he said. “Our channel business has grown by 400 per cent, in part because the market itself is genuinely growing, but also, our partners say, because customers get sticker shock from the cost of competitors’ HCI for these use cases. Where the enterprise edge has relatively small requirements, the requirement is easily filled by a two-server solution based on StorMagic. It enables our resellers to be able to quote at $100,000 when the competition can be $500,000.”

StorMagic started in 2006, and after a couple of years of selling through partners with little success, they moved to a mainly direct sales model. That only began to change in the last couple of years.

“We began to formally pursue a channel program in 2015,” said Glendenning, who joined StorMagic in late 2015, “but we really got the more formal program underway in early 2016 – one that would be able to offer the expectations that partners have from such a program. The company has always had resellers who found us and who found our solution compelling, but not until we formalized the program did we really make the strategic decision that our business was channel, and that we would focus on a channel go-to-market strategy.”

They now have 60 partners in North America, of which about 10 are Canadian based. Their North American distribution goes through Arrow and SYNNEX. `

“Two years after creating the program, we are now seeing partners start to generate a significant increase in demand,” Glendenning said. “Partners typically take six to twelve months to get really involved with a vendor, and it is often 18 months until they begin to see significant sales.”

StorMagic now terms itself a 100 per cent channel company.

“We still have a handful of customers that we sold to direct who still have contracts in place, and in a country where we have no partners, we would also make a direct sale, but there aren’t very many of those,” Glendenning said.

StorMagic has also built out a strategic partner network with a strong go-to-market component. Both Cisco and Lenovo make StorMagic available on their price lists – Cisco globally and Lenovo in North America – so that StorMagic can be bundled with their servers.

“These are key parts of our channel strategy, and both have been in place for at least 18 months, Glendenning said.

“We have also split our product into Standard and Advanced versions, rather than just the one edition we used to have,” Glendenning said. “The Advanced has very sophisticated caching, allowing more interesting configurations for partners.”

Glendenning said that StorMagic has now reached that stage of maturity in their evolution where they will be able to deliver strongly on their enterprise edge strategy.

“Building a channel is a long process, but a simple one,” he stated. “You just need to be committed to the long term. The first stage is to get partners to be able to easily sign up, and easily enabled, with it not costing them anything other than their time. You then help them get to their first success. Rinse and repeat. That’s the first layer. Then it’s removing as much friction as possible from the sale, and making it easy to get a complete solution. Our work with Cisco and Lenovo has been an important part of that. Those relationships are about removing friction. Our Dell EMC relationship and now our announcement around APC is another part of that. The foundation is laid. Nothing we are doing is rocket science. We are just focused on executing well.”