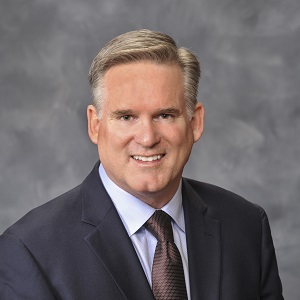 When Owen Taraniuk became the channel chief at data protection vendor Commvault in January, he pointed to last year’s expansion of Commvault’s relationship with Cisco as a model for future strategy. The Cisco agreement saw the two companies extend a long-standing technology integration into a tight go-to-market alliance, with Commvault appearing on Cisco’s global price list for the first time. Taraniuk told ChannelBuzz that there will be many more of these types of relationships going forward, and that Commvault was discussing expanded relationships with other technology partners, like Microsoft, Oracle, HPE, Infinidat and others. Two weeks ago, an expanded partnership with Infinidat was announced, again adding a go-to-market component to a technology integration. Now Commvault has dropped another shoe, announcing an expanded relationship with Hewlett Packard Enterprise (HPE) that sees Commvault join the HPE Complete program.

“This is as important for us as our expanded Cisco relationship,” said Andy Vandeveld, Vice President of Worldwide Alliances at Commvault. “This is an important and strategic long-term relationship for Commvault, and is very much a part of the strategy that was laid out previously.”

Through the HPE Complete program, Commvault Software solutions optimized for HPE Storage, including HPE StoreOnce, HPE 3PAR, HPE Nimble Storage, HPE Apollo and HPE ProLiant, will be available for sale through HPE and its channel.

Commvault’s previously-existing relationship with HPE was not limited to a technical integration, unlike the two earlier partnership expansions, but the selling motion has now been expanded considerably.

Many of the vendors in the HPE Complete program have solutions available only on the HPE Apollo high-density server, but the Commvault software will be available on a much broader range of hardware.

“Having a broad relationship is important for Commvault,” Vandeveld said. “HPE has a vast portfolio, and we wanted to participate in as much of it as possible.”

The purpose of the HPE Complete program is to offer the fullest possible solution set to HPE customers, so the solutions that are part of the program are intended to fill gaps in HPE’s internal offerings. For that reason HPE has designated many of the HPE Complete solutions as something to fill specific use cases – ‘swimlanes.’ Vandeveld said that Commvault is being positioned more broadly than that, however.

“We haven’t delineated a specific use case other than we both acknowledge our strength is in the enterprise – and that is the primary target market,” he said. “Both HPE and ourselves understand where the opportunity is – larger enterprise customers, and medium enterprises who have an environment that looks like larger enterprises. That is our initial offering. We will build offerings that reach down lower in the market, but right now this partnership is focused on mid-sized to large-sized enterprises.”

Vandeveld said that Commvault expects to benefit from the fact that their brand is already well-known and trusted by HPE partners.

“Our relationship with HPE Complete allows us to leverage our joint brand strengths together,” he said. “We aren’t expecting HPE to break us into new markets we haven’t been in before. It’s about enhancing our joint ability to sell into markets where we are both already strong. The HPE channel knows us, and this relationship is a way to enhance that knowledge.”

Out of the gate, Commvault is able to deliver a pre-validated data protection solution for both primary and secondary storage requirements with the Commvault Data Platform and Commvault HyperScale scale-out technology.

“This relationship will also give us the opportunity to explore developing vertical solutions,” Vandeveld said. This will include the healthcare market, where Commvault will provide HPE customers with pre-validated, fully integrated Commvault solutions for managing and protecting healthcare data on HPE Storage products.

“It will enable HPE to provide a complete solution to customers through channel partners,” Vandeveld said.

So, is another partnership extension announcement coming in the next few weeks?

“We are always looking for opportunities to expand our relationships with alliance partners,” Vandeveld said. “We will work to make these newly expanded ones successful, but will keep our eyes open for new opportunities.”