The McAfee Skyhigh Security Cloud for Azure provides an enormous opportunity for the channel, with 50 per cent of enterprise customers projected by Gartner to buy their first CASB by 2020. 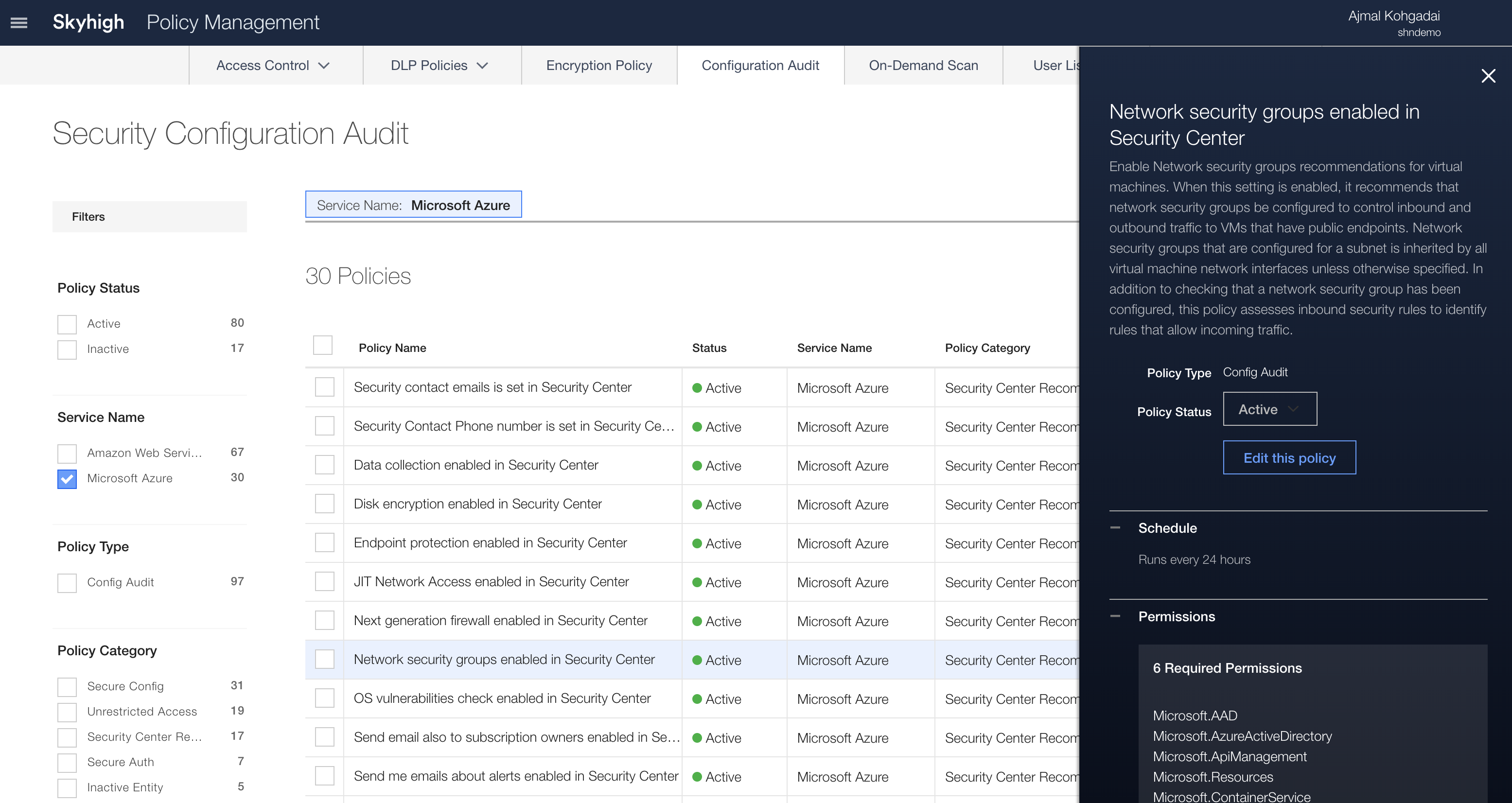 McAfee has extended its Cloud Security Platform, which previously supported the AWS Cloud, to support the Microsoft Azure cloud as well, with the McAfee Skyhigh Security Cloud for Azure. The new Azure support is not simply an extension of the same support that had been offered previously by Skyhigh, as it contains upgrades from new development, and represents the first jointly developed solution since McAfee acquired Skyhigh Networks at the beginning of 2018.

“We are now seeing an explosion of interest in the CASB category,” said Brandon Cook, Senior Director of Marketing for the McAfee Cloud Business Unit, who came to the company with Skyhigh. “Skyhigh was the only that all three leading analyst firms  –  Gartner, IDC and Forrester – placed as the leading CASB solution in their report.”

Cook said the analysts have determined that the CASB market opportunity is staggering.

“In their first CASB report late last year, Gartner said that 60 per cent of large enterprises will have adopted a CASB by 2020 – up from less than 10 per cent today. That means that 50 per cent of enterprises will buy a CASB for the first time in the next two years – a massive opportunity. It’s because this is a way for them to consistently enforce security policies in the cloud, as they move data from on-prem to the cloud.”

SkyHigh’s initial solution of this type, before their acquisition, was for the AWS Cloud, but the McAfee Skyhigh Security Cloud for Azure extends that older solution’s capabilities.

“Skyhigh has a very strong solution that supports tiered control for AWS and any custom apps that enteprises were running on AWS,” Cook said. “We supported security configuration management and audit, helping companies identify when they had misconfigurations that allowed their data to be viewed, created a log of all activity within the system, and preventing data that customer didn’t want living in the cloud from getting there with our DLP capabilities. This was a really popular solution for AWS.”

Cook said that the fact Azure is growing like crazy and is now the fastest growing cloud made a similar solution for it inevitable.

“This is more than a version of the AWS solution for Azure though,” he said. “It adds net-new capabilities. As a result of now being part of McAfee, we were able to add additional controls from McAfee Virtual Network Security [vNSP] platform and McAfee Cloud Workload Security [CWS] to do things like remove malware from traffic going to or from Azure, or within it. We also now have a deeper set of controls across Infrastructure-as-a-Service [IaaS] from a functional perspective, deeper than anyone else on the market.”

Cook said the channel response to this announcement has been hugely positive.

“They get a really strong story to tell their clients,” he said. “The channel sees the move to the cloud,  sees the customers moving their applications and data and compute power to the cloud, and sees the need to secure the devices on the cloud. IaaS is the biggest growing part of cloud. Being able to offer a leading solution like this is huge for them. It does the activity monitoring and the DLP. They can go to customers and say that the breaches they see in the media are preventable, and this is a big part of that story.”