Violin previously sold mainly direct in North America, and had an ineffectual partner program. Now the program has been greatly strengthened, as Violin looks to turn new sales over to partners prepared to commit to and invest in them. 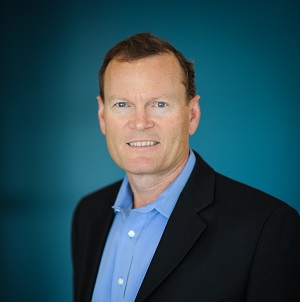 A little more than two weeks ago, flash memory vendor Violin Memory launched a new Flash Memory Platform designed for primary storage, which would run an all-flash system for less than the cost of traditional spinning disks. Now, on the heels of that move, which completely transformed Violin’s value proposition to the market, the company is announcing a completely new channel program, designed with a much more channel-centric view in mind than it has ever had before.

“You could make the statement that we are really relaunching the company with this new platform, because it addresses a completely different market,” said Jeff Nollette, Violin’s Worldwide Vice President, Channel Sales. “We now have a product that’s a lot more oriented to primary storage than before. Before we were kind of nichey, high end, and without a great value proposition for partners. Our go-to-market as a company now is around the channel, as we are evolving into a very channel centric organization. Before our TAM (Total Addressable Market) was limited with a niche platform. The new platform increases our TAM threefold – from 5 to 15 billion.”

Nollette said he believes you need three things to build a successful program in storage.

“You need the right product,” he said. “You also need to address a wide variety of use cases, and it has to be primary storage, not nichey, so that you have the right package for partners to invest in. Finally, you need an alignment with the direct sales force. We now have all three. We are a little bit late to the game, but we really didn’t have a great channel product before.”

The alignment with the direct will be critical. Violin previously made extensive use of its channel outside North America. Here, however, while the company had a few significant partners, most North America sales were direct. Under the new model, Violin will have a hybrid go-to-market strategy. The direct sales force will still be there, but it is expected that most new account sales will be done by partners.

“The direct field reps will now be paid on a compensation-neutral basis for new account acquisition,” Nollette said. “Direct sales can still take a deal direct, but to bring in a new logo direct, they must have real justification to do so. We anticipate feeding new leads to the channel. We only have 350 to 400 customers, so the green fields and white space are enormous.”

Whether this is successful or not depends, of course, on the direct sales culture at Violin, and the degree to which reps will shift gears and whole-heartedly work with partners. Some organizations with hybrid sales models have seen this accomplished with few bumps. Others have seen a rockier road. Dell wound up moving to a channel-preferred direct compensation model after partners continued to complain that some direct reps were still undercutting them and bad-mouthing them with customers. Ultimately Dell wound up dispensing with the services of some direct reps who wouldn’t get with the new program.

The reorganization of the channel program itself at Violin is truly massive, which, unfortunately, reflects in part the fact that the original program was pretty weak.

“The old program I would describe as channel-lite,” Nollette said. “It had no tiers, and no associated benefits except a pool of MDF that you could leverage if you could find one of our few channel managers. The tool set was very light. The reseller portal was pretty shabby, which is why we are launching a new one today. Deal registration in the past only had a 5 per cent delta. That’s not enough to be meaningful. It’s now 20 per cent.”

Perhaps most remarkably, for a company whose product was complex even by the standards of a complex industry, Violin offered partners no training.

“There wasn’t any sales accreditation and technology training before,” Nollette said. “There really was very little meat on the bone, especially for a product as complex as ours was. It certainly makes things a lot more difficult if you have trouble enabling your channel.”

That has changed under the new program. Basic technical and sales training is available, and free.

“We have hired a training manager for this, and it is all coming online over the next 30 days,” Nollette said.

“We will be moving to an advanced certification track where partners can be certified in professional services, and there will likely be a nominal charge for that, for instructor-led training, but we haven’t gotten there yet,” Nollette added. He anticipates those tracks will be launched in April or early May.

Margins have also been overhauled in the new program. While previously margins were determined ad hoc through consistent requests for special pricing and variations, Nollette said the new program sets good margins, but will enforce them.

“We have 16 to 23 per cent gross margin on product only that we intend to keep intact,” he said. “This margin opportunity is good, which is something that was lacking before. Sixteen to 23 points is pretty aggressive.” Professional services margins will come on top of this. A new 5 per cent New Account back end rebate has also been put in place for new logos.

While the original program had one level, the new one has three – the ubiquitous Platinum, Gold and Silver.

Silver partners get portal access, deal registration, access to Violin webinars, new sales tools, free sales and technical training and certification, and margin incentives. Nollette said that of their legacy 120 partners, 15 to 20 became silver, a little less than half of whom are in North America.

“Gold partners get more attention around MDF, and demand-gen activities, and the Gold level is really where direct reps will team up with them,” Nollette said. “We will do that at the Silver level if they want, as we won’t turn away any live opportunities, but it will be more opportunistic and really depends how much of an investment they will make. We won’t spend a lot of time on Silver partners who don’t do a deal per quarter. That is our informal baseline.”

Platinum partners get special incentives and preferred lead distribution, and some Platinums will get free loaner units, which Nollette termed ‘silver bullets’ for those willing to commit to a deeper business plan.

“We are looking for a commitment to build pipeline opportunities, to build and agree on quarterly marketing, to execute one lead generation campaign per month [typically an email blast] and one demand generation workshop [typically a ‘lunch and learn’, or other event] per month.”

Nollette said the new partner portal is miles above its predecessor.

“Deal reg is now one click, and it is very easy to do now,” he said. “We will have a 48 hour SLA on accept or reject, and I will be shocked if the acceptance rate isn’t above 95 per cent because we won’t be overdistributed.”

Nollette stressed that latter point, that while the channel will now be the primary route to market for new business, they won’t be hiring hundreds of new VARs and will be expecting both legacy and new VARs to pull their weight.

“We want ones with deep services benches who will commit to going to market with us,” he said. “Out of our legacy partners, two thirds will likely remain. We are just getting this off the ground so we don’t know who will step up for the new requirements. We do know that it is an uphill battle if partners won’t get trained or commit to account mapping.”

For the right partners, Nollette said the new Violin platform should be a powerful differentiating factor.

“We’ve been speaking with a lot of competitive partners about our technology, and the key to success with these partners, since they do have flash partnerships already, is why is Violin different now, why is the product different and why should they care. There is nothing in the marketplace like our flash platform. No one else in the industry can read and write the same stripe at the same time. No one else does LUN mirroring like we do. For the first time in the all-flash world, you can consolidate workloads in a single array and still have the performance and every enterprise data service that you need. No one else can hit 700,000 IOPS sustained, not the one million everyone can claim for benchmarking. That gets us in the door. We are committed to the channel, with our margins and discount structure. We are the safest bet.”

Finally, Nollette emphasized that while OnX is a strong partner of theirs, they have very little else in Canada.

“There is a fantastic opportunity for Canada, because we have a limited presence there,” he said. “It’s pretty much a blank cheque at this point.”