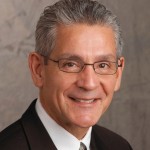 SAN ANTONIO, TEX. – The theme of Avnet Technology Solutions’ 2010 IBM Partner Summit here is the 25th anniversary of the relationship between the distributor and Big Blue. But that doesn’t mean either party is in too much of a reflective mood.

Fred Cuen, senior vice president and general manager of Avnet’s IBM Solutions business, kicked off the show at the J.W. Marriott resort here celebrating the 25th anniversary of the Avnet/IBM partnership, and the fact that the distributor did $3 billion (U.S.) in IBM sales for the first time for its fiscal year ended in July.

Then he turned his attention to the future, setting a goal of taking the distributor’s IBM sales to $5 billion worldwide by the end of 2015. Currently, the company works with IBM in 30 countries worldwide, but Cuen told the 800 or so partners in the room that his goal is to have $3 billion of the total $5 billion come from North America. Currently, North America accounts for $1.75 billion of Avnet’s IBM business.

Here’s their plan to make it happen.

ChannelBuzz.ca sat down with Cuen and Tony Madden, senior vice president and Global Supplier Business Executive at Avnet Technology Solutions, at the event to get their thoughts on the milestones both past and upcoming.

For the record, Cuen said Canadian partners are punching above their weight in the distributor’s business with Big Blue – of the 30 countries in which Avnet works with Big Blue, Canada ranks fourth in terms of revenues. The IBM business is “well over $100 million” for Avnet in Canada, Cuen said.

Avnet and IBM have been working together in Canada since 1998.

For the distributor’s fiscal 2010, Cuen said the IBM business grew by 15 per cent to over $3 billion (U.S.). By context, Cuen joked that in year one of the distributor’s relationship with IBM, they were “high-fiving in the hallway” when they reached sales of $46 million.

So where’d the growth come from? Cuen said Avnet saw:

And Cuen believes the growth isn’t stopping, describing the fourth calendar quarter as typically Avnet’s biggest quarter of the year. Cuen’s goal for the quarter? A cool $600 million business.

“It would show we’re following the profit pools for IBM, and more important, that we and our partners are moving in the right direction,” Madden said.

Another significant growth opportunity for the distributor is an expanding international focus. While it’s been in some international markets – Europe and Australia – it’s still very new and building or acquiring in other major countries, including China, India, Singapore and Malaysia. Moreover, in a “run before you walk” type of scenario, Madden said the company’s organizations in those countries are “starting with more of a classic distribution” model rather than the North American focus on solutions distribution. But the distributor’s leaders from each of its international theatres are on hand here in San Antonio, and Madden said the plan is to rapidly move them into solutions distribution and accelerate their own growth with software and services.

In a similar vein, Madden and Cuen said Avnet would continue to grow by helping solution providers complete international deals, which they described as a rapidly growing opportunity for the distributor. Madden said that right now, the company’s ISV partners are leading the way, but that “it’s a logical expansions of the ecosystem” in general and that with presence on all five continents, Avnet is “uniquely positioned” to help solution providers make it a reality.

What comes next after this five-year plan to reach $5 billion? Cuen smiles and says “When we get there, we’ll set the roadmap for 2020.”