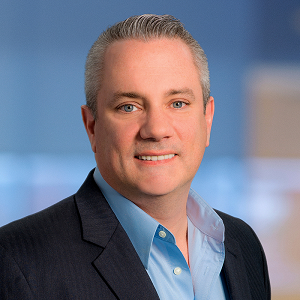 MSP Connect was established in 2016 to improve the ability of MSPs to manage their customers by providing pricing flexibility, particularly by making it easy to transition from term licensing to monthly building. MSP Connect aligns with the way that MSPs sell, leveraging the Sophos Central Management dashboard for partners, and giving them the ability to manage all customers through a centralized dashboard. It was created following Sophos’s 2015 acquisition of cloud email security vendor Reflexion, which is what really created the company’s MSP presence. When MSP Connect launched, there were 3,000 MSP partners. Today, that has increased to 8,000. The volume of MSP billings is also increasingly sharply as well, up 83% in the first half of Sophos’ fiscal year, with an annual recurring revenue of $33 million.

“When we launched MSP Connect, we really wanted to wrap all the capabilities that an MSP had, especially management, into with Sophos Central,” said Scott Barlow, vice president, Global MSP, at Sophos. “Since then, we have made significant ongoing investments in improving the way that MSPs interact with Sophos Central.”

“We now have an actionable option for collaboration, one for remediation, and the third is an ability for an MSP to authorize an action to be taken,” Barlow indicated.

In addition, support for Windows Server, macOS and Linux has been added for  Sophos MTR through MSP Connect.

With both Sophos MTR and Sophos Cloud Optix, we now align the way that MSps sell with the way that they purchase from Sophos,” Barlow said. “MSPs will have the ability to purchase and sell them both on a monthly subscription basis.

The expanded PSA and RMM integrations extend relationships with Datto, Kaseya, and with ConnectWise, with the latter specifically around their Manage PSA offering. In addition, while ConnectWise recently acquired Continuum’s RMM platform, Sophos does not yet have an integration with that one.

“These expanded integrations allow us to go deeper on things like automated billing integrations,” Barlow said. “On the RMM side, it’s automation of the agents across all their customers rather than do it on an individual customer basis.”