Steelcase makes Steelcase Roam, a mobile cart and wall mounting system designed specifically for the Microsoft Surface Hub 2, and has launched a new program and new IT distribution relationships to help Microsoft partners sell it. 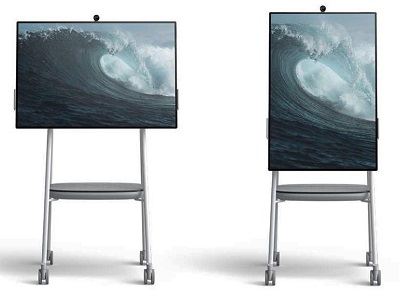 The Steelcase Roam mobile cart, with Surface Hub 2 on it.

Office furniture maker Steelcase announced a major new partnership with Microsoft several weeks ago through which it will make Steelcase Roam, a customized mobile cart and wall mounting system for Microsoft’s Surface Hub 2. Now it has taken steps to bring that solution to market more effectively, to better enable Microsoft partners to sell it, including partner support measures and signing their first IT distribution agreements with Microsoft distributors globally.

Steelcase has been in business for over a century, and while they have partnered with many types of organizations in the past, the IT channel is new to them.

“We are a furniture company, but we also have a portfolio of architected technology products,” said Jennifer McCready, Steelcase’s Global Channel Chief. “What we design around people and places is intended to unlock human promise.”

That involves much of the same type of research into ergonomics and social collaboration that the IT industry has engaged in for years.

“We do a lot around the workplace of the future,” McCready said. “We have a team of anthropologists, psychologists and design specialists who work to understand human behavior and how to design it into the entire ecosystem. Their  research helps make decisions around the furniture being built, and the technology that is implemented into those spaces.”

Steelcase Roam is an example of such technology, co-developed with Microsoft to work with Microsoft’s Surface Hub 2 smart interactive whiteboard to provide a more effective workplace collaboration solution for contemporary fluid workplaces. 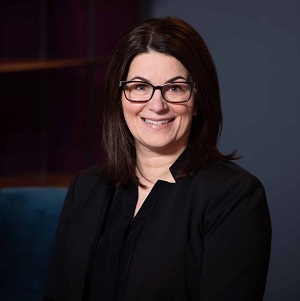 “Roam is a cart and wall mounting system for Microsoft Smart Office gear,” McCready said. “There are two SKUs today. One is for Roam the mobile stand, and the second is a Roam wall mount.” The former weighs 62lb, but is designed to be easily moved with one hand, while latter is designed for easy installation on drywall, without the need for additional support brackets. The mobile stand lists for $USD 1,449 while the wall mount is $249.

Steelcase makes between three and four billion dollars in revenue annually and has a global network of their own dealer channels, with over 800 Steelcase dealer locations,. That dealer channel will resell the combination of Surface Hub 2 and Roam. Steelcase also has a broad range of alliance partners, many stemming from retail or strategic partnerships around furniture houses. The Microsoft alliance has, however, brought them into the IT channel for the first time.

McCready was brought on at Steelcase specifically to build out their channel with Microsoft. While she spent the last two years as Senior Manager of Partner Enablement & Channel Strategy at T-Mobile, before that her record from 2004 on consists of multiple tours of duty in channel roles at Microsoft, interspersed with a Microsoft relationship manager position at an IoT vendor, and four years at distributor Arrow.

“Our channel partner profile is already shaped because of the Microsoft partnership,” McCready said. “Our partners are authorized Surface Hub resellers and distributors, and the typical partner makeup is solution providers servicing midmarket to enterprise level customers.”

Steelcase has signed its first global IT distribution deals – with Microsoft’s distributors. They include the three big broadliners, Ingram Micro, Tech Data and Synnex, as well as regional Microsoft distributors like Redington.

“We are doing something unique here with a portal that services the IT channel, by giving them the latest high-res images, and technical images, without the need for a user name or password,” McCready said. “It lets them have brand new conversations with customers. We have a program available that is brand new, and which we have been developing over the last eight months. It includes sales and marketing assistance, special pricing programs and demo eligibility as well. We are also facilitating pairing when there is an end customer opportunity.”

McCready said that they are looking to sell this broadly through the Microsoft channel, not just through a relatively small number of IT partners.

“There are thousands of authorized reseller partners for this, so the reach is pretty expansive,” she said. “We have a holistic approach when it comes to how we evangelize and gain adoption. We target everybody, equipping everyone to be able to have these conversations.

“This is a growing opportunity around the collaborative workforce, and a new narrative we are bringing into the IT channel will drive incremental sales,” McCready concluded. “We are here to support that, and will be doing things like hosting networking events with the reseller and distributor community. We are seeing great success so far.”