Nutanix announced their new Mine backup-as-a-service offering, with Veeam as the design partner, and with both companies looking to use it to enhance their place at the centre of their own ecosystems. 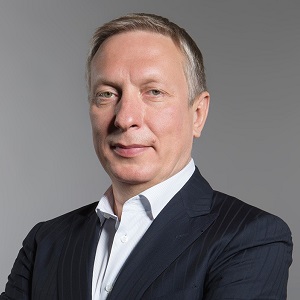 ANAHEIM – At the Nutanix. NEXT event here, the major new announcement was Nutanix Mine, a new backup-as-a-service offering which brings Nutanix into the secondary storage market within the hyper-converged space. While other backup vendors will also participate in the Mine offering with Nutanix, Veeam, as the original design partner, will have some advantages in the go-to-market motion, as well as advantages in time-to-market over all the other participating Nutanix vendor partners except HYCU. Veeam also plans to have the Nutanix partnership serve as the base to design their own SDK which will enable hardware vendors to design similar appliances using Veeam.

Veeam executed this strategy before, with vendors in the primary storage space.

“Six and a half years ago, we decided to work with what HPE was doing with 3PAR, and it took us a year to do that integration, manually,” said Ratmir Timashev, Veeam’s Co-Founder and Executive Vice President, Worldwide Sales and Marketing. “Then we spent a year doing another manual integration with EMC, and another year doing one with NetApp. By then, we had learned enough that we could create universal storage APIs, and we created an SDK, and 20 other partners manually integrated themselves. Now, we are using this same strategy on secondary storage.”

The name of the product, mutually agreed on by the two companies, is Nutanix Mine with Veeam. Both Nutanix and Veeam intend to use this collaboration to make themselves a stronger hub within their respective ecosystems.

Both ourselves and Nutanix have a similar idea of how the ecosystem around this will look,” Timashev said. “The difference is that in their view, they are in the middle of that ecosystem, and in our view, we are.”

Timashev said that while they talked with others about developing that secondary storage unified solution, Nutanix was able to make that commitment now.

“With Nutanix, we manually created that single solution, and we are also creating an SDK, which we expect will be quicker this time,” Timashev said. “We are working on another manual integration as well, with NetApp, and have already started the work. “We will become the aggregating system for the secondary storage. We will have a first mover advantage with Nutanix, and then we will be able to take the SDK and empower all other hardware manufacturers who will be able to create an appliance for Veeam.”

The design challenges with the Nutanix integration were not insignificant.

We had to do some engineering on the step-up side and also on the interface,” said Charu Madan, Senior Director, Global ISVs and Cloud at Veeam. “Building that management plane into Prism is what makes our integration with Prism so special.”

Veeam sees this improving their competitive positioning in two different spheres – against the hyperconverged backup vendors, Cohesity and Rubrik, and against conventional legacy backup solutions that some customers are looking to replace

“Cohesity and Rubrik only do 30 per cent of what we do but they come from the storage side and both complete successfully against us in some cases as a result,” Timashev said.

“This helps us compete against Rubrik and Cohesity,” said Carey Stanton, VP Global Business and Corporate Development at Veeam.  “This partnership with Nutanix creates a strong hyper-converged play. That hyper-converged aspect also helps us in situations where the customer is looking to replace Data Domain, in particular.”

“Where customers have both Nutanix and Veeam today, Nutanix has been used just for the primary storage, not the target,” she said. “Now they benefit from this, and we go along for the ride.”

That ride will also bring some go-to-market advantages for Veeam compared to other backup vendors who work with Nutanix around Mine.

“They will integrate with all the others, but they will only resell Veeam,” Timashev said. “For us, they have one purchase orders, and for the others, the partner will have two.”

“We emphasized we would never actually sell the hardware ourselves,” said Stanton said. “It’s really about the go-to-market and simplification of the order and fulfilment processing which is unique to us.  We make it operationally easier to purchase and procure, and technologically we make it easy to deploy.”

Nutanix and Veeam are currently beta testing the new product

“We have had great feedback from the two beta customers involved,” Stanton stated.