HPE adds Nutanix and its free AHV hypervisor to their HPE GreenLake consumption-based service, while Nutanix’s channel gets to sell an integrated appliance which combines HPE servers with Nutanix’s Enterprise Cloud OS software. 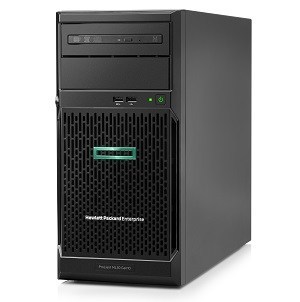 Today Hewlett Packard Enterprise [HPE] and Nutanix are announcing a new global partnership that collaborates to extend both companies’ offerings – while providing completely different ones for each company to sell. HPE will offer, both direct and through its channel partners, a new HPE GreenLake hybrid cloud as-a-service solution that features Nutanix’s Enterprise Cloud OS software and its free AHV hypervisor. It thus provides HPE customers with more choice, since they can already purchase VMware and Microsoft hypervisor-based solutions through GreenLake. Nutanix partners, on the other hand, will be able to sell an integrated appliance which combines either HPE ProLiant or HPE Apollo servers and the Nutanix Enterprise Cloud OS software.

“This is our first partnership with Nutanix,” said Paul Miller, VP Marketing, Software Defined and Cloud, at HPE. “We see this as an opportunity to stimulate the growth of GreenLake. We have customers who want to ‘greenlake’ their entire estate, so to give them choices in doing this, we are building up an ecosystem of vendor partners. Customers have asked us for a version of Nutanix to do VM-as-a-service. We have already been offering this for VMware, and Microsoft Hyper-V. Now we are making the Nutanix version, with their free AHV hypervisor, available as an alterative. It offers customers more choice, and it offers channel partners an opportunity to scale their business.” HPE opened up GreenLake to the channel at last spring’s HPE Discover event, and Miller confirmed that this service will be available to HPE channel partners.

Miller stressed that this expanding customer options will continue to guide their strategy around the HPE GreenLake service.

“It’s all about providing more choice,” he said. “We will get bolder with the message around more choice.”

Nutanix also sees the agreement around GreenLake as catering to customer requests for more choice.

“We see the market has spoken very clearly,” said Greg Smith, Nutanix’s Vice President of Product and Technical Marketing. “Customers are asking for Nutanix software on HPE. The two companies are proud of the fact that it’s a customer-centric initiative, because this is what the market is demanding. With this partnership, HPE will be able to offer their GreenLake customers an alternative to a VMware stack. HPE will position Nutanix as a license-free virtualization alternative, so that their customers will be able to eliminate that onerous ‘V-Tax.’ That’s strategically important for HPE.”

While this is HPE’s first formal partnering with Nutanix, Nutanix built and has offered customers a validation of its software on HPE ProLiant servers for almost two years. Unlike HPE’s relationships with OEM partners Dell EMC and Lenovo, that was purely a one-way validation, and similar to validations that Nutanix has also done for Cisco. Smith said that this validation of HPE servers was the seed of this agreement, by creating more joint Nutanix and HPE customers, which in turn led to requests to expand the relationship.

“Nutanix drove this customer choice of platforms that led to this global partnership,” he said. “Nearly two years ago, Nutanix qualified HPE servers, and that has been very successful. It’s in our collective interest to come to market with a more integrated solution.”

It’s the other side of the relation, the new appliances that will be available to Nutanix partners, that is the really intriguing element of the relationship between these new friends. The issue of course is that HPE makes HPE SimpliVity, which competes directly with Nutanix appliances.

“Nutanix has been selling a software-only version on ProLiant, and we will now enable that,” Miller said. “Through this agreement, Nutanix can now sell their software in an appliance motion on HPE ProLiant and Apollo. We are, however, still fully committed to SimpliVity. This means that HPE and its partners will NOT sell the Nutanix appliance. We are giving clear guidance on that. HPE leads with SimpliVity.”

The new appliances will be branded as HPE. They will be made in HPE factories, and will ship to a distributor with the Nutanix software pre-installed. However, HPE’s direct team will not sell them. They will, however, help Nutanix sell them.

“Both companies are co-operating on the go-to-market and we are aligning our account teams” Smith said.

While only Nutanix resellers will have access to the new appliances, the distinction between Nutanix and HPE resellers here is somewhat meaningless, since it will be joint partners of Nutanix and HPE who sell them. In actual practice, the only likely difference will be that the partners will take care to wear Nutanix t-shirts and caps when working with these, and not HPE ones.

For Nutanix partners, the new HPE relationship supplements their existing partnerships with Lenovo and Dell EMC – except that they won’t face competition from the partner vendor’s direct force.

“Nothing is disrupted in our relationship with our other vendor partners,” Smith said. “The big difference with this relationship now, is that customers have the ability to acquire and consume Nutanix through HPE. That was not possible before. We can now offer an integrated solution through a new appliance line. The customer wins here.”

The Nutanix Enterprise Cloud OS software on HPE GreenLake and the integrated appliance with Nutanix software on HPE servers are expected to be available in Calendar Q3 2019.