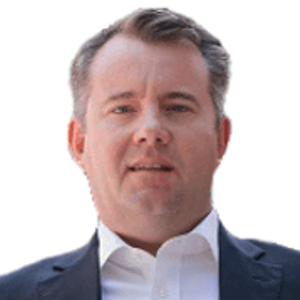 ORLANDO — Fortinet’s Accelerate event may have evolved into a customer and partner event in recent years, but partners still make up the majority of attendees, and the company used this year’s event to offer a look at the next significant evolution of the program, one that the networking security vendor says will be a lot more responsive to partners’ needs.

Jon Bove, vice president of North American channels at Fortinet, said the new program – which will be fully unveiled around mid-year and become the new program as of next year – will focus on being more flexible as the number of partner business models continues to expand.

“We’re building the program on how they engage, what’s their go-to-market, and then focus on competency,” Bove said. The new program will focus competencies around Fortinet’s big bets – data centre, security fabric, cloud, and SOC. “W think it makes our partners even more successful in positioning the fabric and expanding their opportunity with customers.”

The current program dates back about a decade, Bove said, and was designed for a world where “partner” largely meant “reseller.” But with the rise of managed service providers — both pure-play MSSPs and those wrapping managed services around hardware, and cloud-centric solution providers, Bove said the program has to evolve to meet changing needs amongst partners. The new program will bring currently-separate programs for cloud partners under the main program umbrella, and will for the first time, include recognition for consultant partners, particularly those with the company’s Network Security Expert (NSE) certification.

Sean Campbell, director of channel sales for Fortinet Canada, said that bringing consultants into the same program “leads to a lot of collaboration” opportunities for partners.

“It leads them to get together and really work together based on their mutual strengths,” he said.

The company is unveiling its intentions for a new program here at Accelerate, and then Bove said much of the rest of the first half would be spent listening to feedback to finalize the details before final rollout around mid-year, at which time he said the company would start to approach current partners around how they fit into the new structure.

However, some details are already in place. Bove said the new program would forego the current “precious metal club” tier program in favour of Advocate, Advanced, and Expert levels around each of the company’s four significant pillars of focus. It will also, like the current North American program, align around SMB, enterprise, and service provider go-to-markets. And the new program will continue to aim to support partners moving towards managed services.

“There’s a great opportunity to focus on the VAR-to-MSP transition. You’re going to see us add a lot of value there,” Bove said. The company, he added, is already working with its North American distribution partners to finance Hardware-as-a-Service deals around many of its products, including its FortiSIEM product for those looking to add more in-depth managed security services as part of their future strategy. Bove said the effort was aimed at helping with what he acknowledged is “a very expensive transition” in moving from a traditional VAR sales motion to an MSSP structure.

“That will really launch the MSSP vertical” in Canada, predicted Campbell.

The new program includes a new openness to partnering for the company. While Fortinet has been all-channel since its launch, it did pare the ranks somewhat a few years ago. Bove, however, said he’s focused on “embracing all partners, and all kinds of partners,” including working with a variety of partners with whom it has not historically done business. It’s also looking to “reactivate” and re-engage partners with whom it may have parted ways under previous channel administrations, and get active with partners who are still technically in the program but have not been engaged in recent years.

The new program will also be a truly global one, replacing the current two programs — one for North America and one for the rest of the world, and will also introduce a new Global tier for Expert partners with significant presences in major markets around the world.

Education has been a hot topic at Accelerate, and it’s one about which Fortinet is passionate, Bove said. In recent years, the company has made the first two tiers of its eight-tier NSE program available for free to the general public, and NSE continues to be free to the company’s partners. Over the last year, the company introduced what it calls Fast Tracks — essentially boiling down NSE material into two-hour courses for solution providers’ technical people. Those have been used 8,000 times by partners, with SD-WAN training the most popular content, followed by distributed network and cloud.

“Hopefully, we’re designing a program that makes it easy for them to monetize the Fortinet fabric,” Bove said.

One of the company’s critical efforts around education, the Fortinet’s program that aims to get former service members trained on the company’s wares and pointed at new careers in information security, is starting to take shape in Canada as well. Campbell said the Canadian organization has just had its first FortiVets graduate hired by a  partner, in this case, one of the company’s distributors. The focus on education in the channel underlines one of Campbell’s keys to success for partners.

“It’s not a coincidence that our most technically-sound partners are our more successful partners,” Campbell said.