Scott Strubel, Commvault’s vice president of worldwide channels discusses the impact of the recent changes to Commvault’s channel operations, and what still remains to be done. 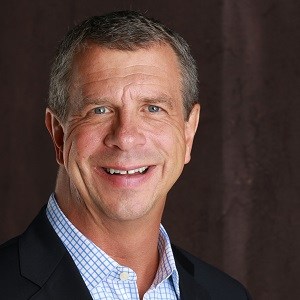 NASHVILLE – At their GO event here this week for customers and partners, backup and recovery vendor Commvault had a busy week formally announcing multiple products, as they re-emphasized the restructuring and simplification of their product portfolio to better position the company going forward. However, Commvault also celebrated the ramping up of its channel efforts, adding a partner event component to GO for the first time, and emphasizing the successful execution of the channel initiatives they announced at the beginning of the summer.

“We’ve turned the company almost upside down in terms of go-to-market resources, and how they are managed in the channel, and with our alliances,” said Bob Hammer, Commvault’s Chairman, President and CEO. “We moved 40 per cent of our field resources from the field role into channel and around our alliances, particularly with HPE, Cisco and NetApp. We have been supporting those big alliance partners and putting more resources into the channel. This has been the culmination of an effort that has gone back between 18 months and two years. It’s been very exciting, but has also been very disruptive, getting all the resources into place.”

While the strategic alliance reorientation that turned technology integrations into broad go-to-market initiatives really took off when Commvault moved onto Cisco’s price list over a year ago, some channel partners perceived the channel reorientation to be more recent, and tied to the six-point initiative for improving its channel partner mechanisms announced three months ago.

“We saw a big switch, from where it had been more direct with some channel, flipping to the complete reverse,” said Richard Losier, VP of Technology of Ottawa-region cloud service provider and Commvault partner BriteSky. “Things changed after Scott Strubel came on board in April. That was brilliant, and was wonderful news for us.”

One of the first things that changed when Strubel joined Commvault as vice president of worldwide channels was the addition of a partner day component to the GO customer event.

“When I interviewed in April to join Commvault, I told them that I wanted to add a Partner Xchange event to GO,” Strubel told ChannelBuzz. “This week, we had 450 partners here on Monday listening to updates, and I sought many out for feedback on the initiatives we introduced in July.

Those initiatives were designed to simplify and improve how Commvault works with their partners, and had six components.

“In mid-July, we launched a Partner Success Desk to provide an on-demand services centre for partners, and it was extremely well received,” Strubel said. “In 11 weeks, we have fielded over 2,600 inquiries from our portal, chat sessions, emails and support desk. The feedback has been that the quality of the immediate responses has been very high, and reflects the level of the engineers and other personnel we put engineers on the desk and their ability to give strong responses.”

The Partner Demand Center was another new initiative.

“My belief is that a technology OEM needs to provide partners with leads, and we needed to do a better job there,” Strubel said. “I further committed on Monday that we will provide partners with more leads in the coming year than at any time in the past.  We have been teaming up there with Carmen Sorice and the Commvault shared services organization, and our efforts there have been very well received by partners.”

The Commvault Quote Centre was significantly enhanced as part of this initiative.

“For those partners who have used it, it has been very well received,” Strubel said “We can now provide quotes to the partner in a matter of minutes. I reviewed this at the Partner Xchange on Monday, and we created a quote on the fly in 45 seconds. Some partners told me that it used to take up to a week.”

The first part of Strubel’s comment showed the limitation here, however. Many partners still don’t take advantage of the Quote Centre.

“We have to keep telling them that we have this service,” he stressed.

“We also revamped and relaunched the partner portal to reflect our new simplified product set, and the feedback has been very good, that the revamp was a great improvement,” Strubel said.

“In July, we also relaunched our Partner Advantage program and have grown the business development funds available,” Strubel noted. “It’s now an evergreen program, with updates through the year. The changes have been well received. Profitability was not an issue. That has always been an area of strength for us. The focus has been on improving consistency and predictability, not profitability.”

Finally, Strubel noted that the channel organization had worked very closely with the products organization in significantly reducing  the number of product sets from twenty-plus down to four.

“When I was with NetApp, and a Commvault partner, my perspective was that if the product set wasn’t so complicated, they would sell a lot more,” Strubel said. Most Commvault partners focus on two of the four areas, the core Commvault Complete backup and recovery, and the Commvault Hyperscale appliances.

“As we expanded our reach with partners, we emphasized that people who were not Commvault experts also needed to be able to tell the story, which mean that licensing and pricing should not be a a hindrance to the conversation,” said Jeremy Allen, Director of Licensing and Pricing at Commvault. “We set out to make it easy. We also made sure that our pricing was in line with our competitors, in many cases at, or just below them. A year ago, they would have been higher.”

“Simplifying the pricing by both capacity and instance was important to us, so the partner would know how to best price it,” Strubel said. “That’s especially important in the ability to compete in the lower end of deals.”

Strubel also noted that he is ramping up partner selling on several fronts, with one of them being to broaden Commvault selling among existing partners.

“I am actively and selectively recruiting partners in several areas,” he said. “One is improving selling from our existing partners. We are looking at how many of their sellers took a Commvault order, and we are looking to grow that.”

A second focus is working with their distributors – Arrow and Tech Data in North America – to get their partners to increase their efforts around Commvault.

“We are asking our distributors to look at their base of partners, and find some who could be thinking about Commvault today, where they may not have before.”

The third initiative is selective recruiting of certain types of partners.

“This includes areas of need like cloud service providers, and partners with vertical expertise in areas like health care,” Strubel said. “I need to make sure that I know who the best Epic and Meditech partners are, and that they understand that Commvault is their best solution.

“In the Americas, we are seeking active partner growth in three areas: the U.S. federal government; Latin America; and Canada,” he added.