Kevin Connolly, President of Commercial Sales at Dell EMC Canada gives his take on why the company had another strong quarter, what’s happening in the market, and where Dell EMC still has room for substantial growth in Canada. 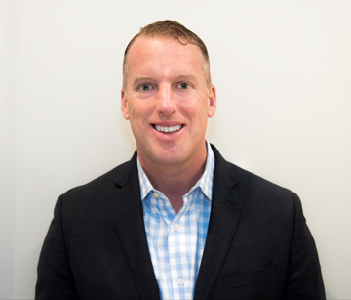 IDC’s server and storage numbers on the second quarter from earlier this month were great news for Dell EMC. The company posted strong numbers across the board, with good double-digit growth, picking up a point of share in servers and close to a point in storage. Dell EMC’s performance was also strong in Canada – notwithstanding overall IDC findings that server growth in Canada, at 20 per cent was still less than half the U.S. New product wasn’t material to the performance. Instead, Kevin Connolly, President of Commercial Sales at Dell EMC Canada, attributed the success to the increasing sync between the legacy Dell and EMC teams and channels in Canada, as well as improved integration with the other Dell companies. Connolly said that this still isn’t a finished product, that getting the seven Dell companies all on the same focused course to market continues to require more work. Still, what has been done so far is pretty good.

The IDC Q2 server numbers had Dell significantly increasing its overall lead over HPE, with Dell increasing revenues by 52.9 per cent year over year, and unit growth by 16.6 per cent. Server share numbers increased over the year from 17.7 per cent to 18.8 per cent. In enterprise storage, 26.6 per cent revenue growth increased share from 18.3 to 19.1 per cent.

“We are now on the two-year anniversary of the merger but I don’t think we really got going until six months in,” Connolly told ChannelBuzz. “Michael Dell’s intent when putting these two massive organizations together was to broaden the portfolio, to have more answers for customers and be number one in many segments. It involved honing down on a simpler message while expanding the portfolio.”

Connolly said that executing this effectively simply took some time. As someone who had spent his whole career at EMC since graduation, he acknowledged that learning the different solution set from the Dell side of the house, and how to effectively fit it into a complex solution sale, was a challenge.

“We had several hundred people to cross-train on this,” he said. “You had EMC people who had to learn the basics on end user devices. We had to educate legacy Dell people on EMC solutions they hadn’t come across before. We still aren’t there completely, but the growth on the scale that we are seeing now indicates that we are running effectively on multiple cylinders. I think these results show that the merger is working the way it was intended to work, and that the results are starting to come forward. We aren’t there yet, particularly around integrating the seven Dell companies selling together, but we are getting there.”

As an EMC guy who didn’t have servers to sell for most of his career, Connolly said that the impact of having the Dell 14Gs has been dramatic.

“When you have a VMware or a storage discussion and you have a 14G in your bag, it dramatically changes the solution that you can put together for your client,” he said. “We finally have a full portfolio that we can offer.”

For the Canadian market as a whole, there was definitely an alligator in the basement. While the United States server market grew at a 48.1 per cent clip, Canada ‘only’ posted 19.9 per cent growth.

“That’s not what we saw at Dell EMC.” Connolly said. “What I see every day is medium and small business, and Tier One Federal and health care, all are which are part of Dell Commercial, buying server technology.”

Connolly noted that the widespread concern of several years ago that virtualization had killed the vitality of the server market turned out to be misplaced, because it didn’t account for the new markets and use cases that developed.

“I’ve spoken with people from Dell servers who were just terrified of VMware, but what we saw instead is that the use cases for servers has outrun virtualization, as compute needs, and the use cases for compute have exploded,” he said. “In addition, much as with PCs, there’s still a lot of innovation going on in servers.”

The IDC numbers also had another interesting server tidbit that was common to both Dell and the overall market – that revenue growth was more than double server growth.

“It hasn’t been because of increases in the prices of servers, which have been pretty consistent,” Connolly said. “People are simply investing in more sophisticated technology.”

The channel performance at Dell EMC Canada was basically proportional to the direct side in Q2.

“All tides rise, but some of our more specialized partners had some really huge server growth numbers in the quarter,” Connolly said.

That same trend was there in enterprise storage as well.

“Those partners who were the most focused in storage did the best in the quarter,” Connolly indicated.

Dell EMC storage numbers now represent two strong quarters, following a lengthy period after the merger that disappointed the company, particularly in the mid-market. They heavily incented storage to the channel as a result, and invested in new internal resources to work with partners.

IDC saw all-flash storage up 41.7 per cent in the quarter, while hybrid flash was 20.8 per cent.

“I actually thought the all-flash numbers might be higher than that, given the prices now and the entry of NVMe,” Connolly said. “All-flash is clearly the trend.”

He indicated that the days when price was an obstacle to buying flash are pretty much done.

“It’s very rare that we get into that situation with the price points coming down as they have,” Connolly noted. “I just don’t see it that often.”

The one area where Connolly thinks Dell EMC can pick it up in Canada is with smaller customers, particularly those who are not near the big metro areas.

“The issue today is not not having the tech for any type of customer,” he said. “It’s the ability to get better at getting to smaller customers in the outer regions, particularly by leveraging our channel and distribution. This type of customer needs to know that we have solutions that can help them, that we have data protection solutions, for example, that scale down to $11,000 packages. I would definitely like to do better downmarket.”