The Commvault technology integration with Lucidworks will open up new conversations with partners where they can lead around search, and build their connections to a broader array of executive contacts beyond backup. 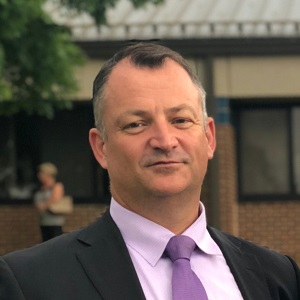 Data protection vendor Commvault has announced a new technology partnership with Lucidworks, which is specifically focused around AI-powered search and discovery. The agreement will see the companies collaborate on applying search-related artificial intelligence [AI] capabilities to Commvault’s backup and recovery solutions, beginning with an untrained clustering model solution. For Commvault’s channel, the partnership will allow them to lead with search rather than backup, which will have greater appeal to some customers and use cases, and which will also bring them into contact with more of the modern IT purchasers beyond those involved in a backup conversation.

“Commvault has been doing AI and machine learning on our own for other use cases, but Lucidworks is deeply focused on the technology clustering that is critical in advanced search use cases,” said Aaron Murphy, Senior Director, Office of the CTO, Commvault. Murphy, who has been with Commvault since it was a startup, and who moved from a sales management to an analytics-focused role three years ago, indicated that partnering with Lucidworks made much more sense to help Commvault take their search-focused AI capabilities to the next level.

“We could have built this on our own, but we decided that it was better to go with someone who has been doing this non-stop for the last ten years,” Murphy said. “They have a lot of experience with the SOLR engine, which we use as well, and they contribute about 70 per cent of the open source to that project. They have a lot of custom use cases, and while many are around eCommerce, which is not something we are going into, they are still based on technology clustering, and they have a lot of expertise in that. While there are many companies in this space, they are the one that I had seen have the most success in fulfilling their promises. Their customers had had success going to what I call the ‘last mile’ – connecting machine learning to real users so they get better results. They have customers who talked very passionately about that. Some of the other companies hadn’t produced as much evidence of results.”

That ability to solve problems that customers are having with Big Data – and specifically around search – was critical.

“In the Big Data space, a lot of people struggle connecting the data to people who make business decisions,” Murphy stated. “Data scientists have produced data, in some cases, in such a way that people weren’t sure of its value. We looked closely at what Commvault could do in analytics to deal with this, and we concluded that we can’t just go to market with one broad thing. We have to build packaged use cases. Search is one of those. Customers told us that they liked Commvault for Search, but that they get too many results, and the search needed to be smarter – both in terms of displaying terms which were more relevant to them, and displaying them in a more analytic and visual way. Our partnership with Lucidworks lets us fix these search issues with an enhanced packaged application. It will also set us on a path to building more use cases.”

The first solution to come from the partnership will be an untrained clustering model, which is already in preview now for some customers, and is slotted for general release closer to the end of the year.

“It uses algorithms to compute the things closest to the term searched and display them, organized into relevant clusters,” Murphy said. “It really helps people navigate.”

Murphy indicated that the next use case – a trained machine learning module – will follow quickly after that, perhaps three months later.

“Applying the machine learning itself is not what takes the time here,” he said. “The work is building the visualization and changing the interfaces.”

Ultimately, Murphy indicated that the goal is to get to 360 degree applications.

“These will bring a lot of data together –  both structured and unstructured – and allow people to build an application that is visualized,” he said.

Within the last year, Commvault has placed great emphasis on expanding some of their key technology relationships into go-to-market partnerships. Murphy indicated that this one is just a technology integration, but that this offers significant value in itself.

“The attraction here is the technology fit between their technology and our platform,” he said. “We are strong at things like data collection management and workflow optimization, and have a search capability built in. They have tools to make search more relevant and feed machine learning modules against the data. That will let us bring the solutions to market more quickly. We will use the joint names and branding because both companies have huge credibility. We will also keep probing and expanding and building out the technology, so it is even better at its task.”

For Commvault’s channel partners, aside from the significant technology integration itself, Murphy said that it gives them   valuable new avenue to approach customers.

“The backup conversation is important, but there are many things that it doesn’t address,” he stated. “This allows the partner to have a sensitive data conversation, with the search and analytics capabilities coming first, They can put services around that, and sell it to customers who do have not even been using us for backup. Then of course they can go back later and bring the backup in. That’s a new way to land a customer – around the search.”

Search also brings the partner into contact with a different, and typically higher, level of executive than the ones responsible for backup.

“The audience when discussing a 360 degree connected search application is usually different, typically commercial IT, and often sitting in finance,” Murphy said. “Sometimes it is in an adjacent group to where we typically play, with information and data governance groups. I’m also seeing a growing trend to organizations building strategic working groups around  IT, Big Data, and information governance, to better deliver on the Big Data promise. Now we have a technology stack that can deliver against that, because sometimes a traditional data warehousing is still the best answer, sometimes a Big Data solution, and sometimes search technology.”