LabTech’s founder has an ambitious agenda, which involves improving the synergy of eFolder’s products, having a more systematic strategy around RMM and PSA integrations, and making eFolder the acknowledged technology leader in their space. 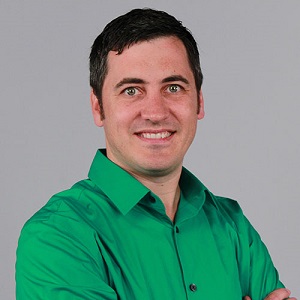 Denver-based eFolder has named LabTech founder Matt Nachtrab, who had been the company’s Chief Technology Officer and Chief Revenue Officer, as their new CEO. eFolder’s co-founder Dr. Kevin Hoffman, who had been both the CEO and CTO, will focus on the technology role exclusively.

eFolder makes a variety of business continuity solutions for the MSP channel , having grown and developed their original backup and recovery offering with other solutions acquired over the last four years.

“Kevin founded the company with two others back in 2002, with the idea being to create a backup solution for files over the Internet,” Nachtrab told ChannelBuzz. “That doesn’t seem very ingenious today, but that was pretty early on when all this was new. That was the business for a long time. eFolder then acquired Anchor, a file sync and sharing vendor, in 2013. I’ve used many sync and share solutions, and from an end user standpoint, this one is just really easy, fast, and nice to use. You collaborate on documents and web sheets through a Web portal. We use it for meetings, and people can collaborate on it and make notes. The product was also designed for MSPs from the beginning, so is fully multi-tenanted.”

Nachtrab said that acquisition marked the beginning of a new era for eFolder, as it also acquired private equity backing from LA-based K1 and set about acquiring more complementary solutions. In 2014, they bought Swedish-based CloudFinder, which provided cloud-to-cloud backup services.

“Cloudfinder backs up Office 365, and the Google and Salesforce products,” Nachtrab said. “It fills an area for MSPs and allows them to differentiate and get a little more Office 365 margin. It also has a really neat full text search component to search emails, so that if you have a leak, it’s easy to find out where. That’s still an emerging product category, so there aren’t a lot of partners who carry it yet.”

“What’s distinct about it is that while it is image-based, it is chain free, so each restore point is independent from others,” Nachtrab stated. “A story I hear over and over again from MSPs is that before Replibit, they had a high end person just managing the backups, and now that person just spends an hour or two a day on them.”

eFolder sees its primary competition as Datto, Storagecraft and Axcient, all of whom have suites similar to their own.

“Datto is number one in our space, with a similar product lineup to us,” Nachtrab said. The next biggest is Storagecraft. I look at us as the third, and there is also Axcient. MSPs have a tendency to use multiples of these, seeing some as a better solution for some customers versus others. Axcient, for example, is a little more high-end, with a nice recovery environment that’s more robust than Datto.

eFolder has around 3000 partners, most of whom are MSPs.

“Before I got here, I thought that eFolder was tailored to small MSPs, but it’s actually a large breadth, from two-man shops to some of the biggest MSPs in the market,” Nachtrab said. He indicated that many partners don’t sell all of the four offerings that eFolder has now.

“There’s still a lot of room to grow, getting them to sell the other products,” he indicated.

Nachtrab started out in the business in 2000, co-founding Nemsys, a Toledo Ohio-based MSP from which LabTech ultimately emerged in 2004.

“I still own the MSP, and talk with its CEO a couple times a month,” Nachtrab said.

In 2010, ConnectWise made an equity investment in LabTech.

“LabTech was run independently from ConnectWise, but was separate until 2015, when a full merger took place and it and Quosal were all brought together,” Nachtrab stated. “After that, it didn’t feel like my company any more so it made more sense for Arnie [Bellini] to take the reins.” He left ConnectWise in April 2016.

“I didn’t have any immediate entrepreneurial ideas then,” Nachtrab added. “I thought about it, but I’m 41 with two kids. I wasn’t quite in the position of being able to do a startup with no income. So I wanted to find somewhere I can help grow the company, which wasn’t competitive with ConnectWise, since I still have an ownership stake there. eFolder was great technology, but it wasn’t well known. I reached out to Kevin. He wasn’t super-receptive to it, but he took my call and we hit it off.”

“I was made Chief Strategy Officer to get me involved with the company, and then a couple months later was made Chief Revenue Officer and took on sales and marketing,” he said. “Kevin and I talked for a while about him focusing on the technology and letting me run the day-to-day business.”

“Right now, they are all sold as separate products,” he said. “That’s part of the vision moving forward, to improve the synergy. With the acquisitions, we have put together a strong suite of wholly-owned IP, and a key focus will be growing all the IP owned by eFolder as well as selling it all more broadly. For example, we are filling out different feature sets in Replibit so it can reach high enough in the market to be an option for all customers. That’s a critical strategy that we are pursuing.”

Another priority is to enhance marketing and lead flow by improving integration with RMM and PSA vendors, and making the integration consistent between the products.

“We want eFolder to have the best integration to all the RMM and PSA tools, and get access to their partners,” Nachtrab emphasized. “Each of the products have integrations now, but it’s not consistent. It hasn’t been a strategic focus. At LabTech and ConnectWise, I learned the importance of having strong integration with the PSA tools, and helping them roll out our solutions. We will build a team moving forward focused on building and maintaining those integrations.”

Finally, Nachtrab said that he expects significant enhancements on the technology front with Hoffman now able to concentrate on the chief technologist role.

“I’m really excited to see what Kevin will do with the product set,” he indicated. “His vision is tightly aligned with mine. While eFolder already has strong technology, I think we will really start to see eFolder emerge as the technology leader in the segments we are in. I believe that we can pull ahead of the competition in each of our major product segments.”