SAP Canada is thinking about dropping its one billion dollar threshold defining the direct space to the 500-600 million range, but is emphasizing that the idea wouldn’t be to take more business direct, but to make SAP direct resources available to assist partners in the upper half of the SME space. 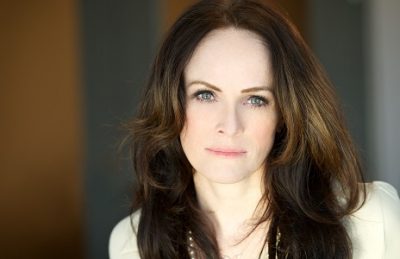 SAP Canada is in the middle of deliberations to determine whether or not they will significantly drop the boundary between their Large Enterprise [LE] and their channel-focused SME sales. In past situations, with other vendors, such news caused major channel grumbling. In this case, however, the dynamics are unusual, and partners who have been briefed on the proposed changes appear to be supportive of the move.

The unusual measure is being considered because of the congruence of two factors. First, the SME segment in Canada has been underperforming. Secondly, partners haven’t been able to address this adequately because they lack the skillsets today to address elements of customer demand.

“SMB businesses are very large in Canada relative to other markets, and they need to be captured more than they are today,” said Leagh Turner, Chief Operating Officer at SAP Canada. “SAP is not getting sufficient life from the SMB space relative to the large enterprise – over 1 billion in revenues.”

SAP’s corporate strategy over the last several years has been to recognize that their industry is inevitably moving to the cloud, and that while on-prem choices which exist will remain in place for customers who are not ready to make the move, the company has been changing its main focus to the cloud – and has been encouraging its partners to do so. This message has been repeatedly sent to partners in Canada, but is not in any way Canada-specific. Partners in other geos have said the messaging they receive has been the same.

Turner said that the problem partners face in Canada is that they haven’t been able to transition resources to developing cloud practices because of pressures on their traditional business.

“Partners tell us that – ‘my revenue mix is ‘x’, and my profit margin is decreasing because my customers are contemplating big changes and don’t know how to get there,’” Turner stated. “’My resource mix isn’t designed to help them get there and I can’t invert that mix overnight and maintain profitability.’ That’s what they are all saying.”

The problem is exacerbated because vendors who have mainly competed in the enterprise space in Canada are showing up more and more in the $300-600 million revenue space.

“Companies above $300 million – certainly above $600 million – are the new large enterprises,” Turner said. “We are finding more traditional competitors there than ever before – more Oracle, more Infor, more Workday. Every one is dropping their concentration line. So before while we just competed with them in LE, we are now competing in SME.”

Turner indicated – and emphasized that they are just thinking about it for now, and that no decision has been made – that SAP is thinking about dropping the LE line in Canada to 500-600 million.

“Traditional LE sales take a long time, and are largely roadmap-based, so we don’t see as many, and we have to increase volume,” she said. However, she stressed that the proposed change would not be moving a big chunk of the underpenetrated SME to SAP’s direct sales people.

“This doesn’t mean we take from the channel partner. Everything up to a billion dollars in revenue continues to be indirect.” Turner noted though that SAP’s global SME business is only 51 per cent, although it is higher than that in Canada.

“Only 51 per cent globally is direct because partners aren’t staffed to support the new world, and don’t have the right resource mix, which may not fit their business today,” she added. “So for now, we have to support them.”

Turner said the proposed change is designed, not to take business from the channel, but to move SAP’s direct support resources down into the traditional SME space, where it can be used to support partners.

“We are proposing dropping that line, taking the support model for LE, and pulling these resources down into the lower band, which will continue to be served indirectly. SAP’s own cost of sale will go up by doing this, but it will enable partners to move from being a profitable old world partner to a profitable new world partner. It’s not enough to just say to them that they have to get to the cloud. We have to help them get there.”

Turner acknowledged the SME space has plenty of customers who have no interest in moving to the cloud despite the increased agility.

Turner has been meeting with key Canadian partners at the event, and bouncing the suggested changes off them, and she said the response has been positive.

“The partner feedback has been that ‘we need that,’” she said. “They said ‘we need more help diagnosing how to profitably change and need your support in the meantime, to diversify our pipeline and properly configure our mix.”

If SAP goes ahead with the change, the timeline will be imminent.

“We do need to fully understand what the margin impact to SAP will be to be able to accomplish it,” Turner stated, indicating that this would involve significant analysis of the proposed new metrics. “We think the equation is worth it, but we do need to test that out.”

On another note, Turner indicated that no decision has been made on whether to replace Rob Stevens, the former SAP Canada vice president of general business and channels, who has left SAP and recently resurfaced with AWS in Canada. The channel position could be refilled, or integrated into a broader sales responsibility role.

“His old role could be subsumed, but we haven’t yet decided if it’s the right thing to do,” she said. “In any event, the SAP people who manage partners will continue to exist be there, but they may operate in the future through a new matrix.”