SAP Business One is fourth in its category with 1.8 per cent market share globally, but its general manager, Luis Murguia, believes a major organizational change which was quietly implemented in April can help to deliver significant growth. 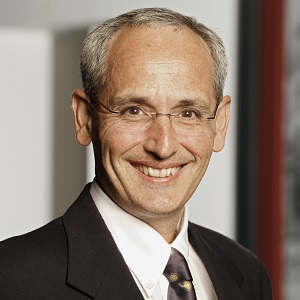 Luis Murguia, SVP and General Manager for Business One

ORLANDO – Quietly, at the beginning of April, SAP embarked on a major restructuring of its SME-focused business applications. SAP Business One and SAP Business ByDesign, along with the new SAP Anywhere CRM application, which had all previously been within the partner organization framework, reporting to Rodolpho Cardenuto, President of Global Partner Operations, were moved to a new home. They now report to Steve Singh, who heads up Business Networks and Applications for SAP. It’s a major change, that will impact significantly on the applications’ mandate and objectives. It is, however, also a change that has the potential to unlock a significant amount of growth.

Singh is a newcomer to SAP, arriving with the 2015 acquisition of travel and expense management solution provider Concur Technologies, where he was the longtime CEO. He enjoys a role of enormous authority, having end-to-end global responsibility for the new growth areas of the company. being responsible for the growth businesses – Concur, Ariba and Fieldglass – the newly-moved SMB applications and SAP’s newly-announced healthcare initiative, as well as business networks and applications. He was also appointed to the Executive Board in 2016.

In his keynote at SAPPHIRE NOW on Wednesday, Singh explained that his business units are guided by four principles. 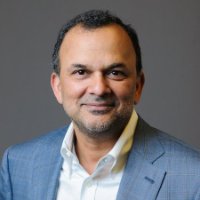 Steve Singh, who runs Business Networks and Applications for SAP

So what does all this mean? Luis Murguia, Senior Vice President and General Manager for Business One, said Singh defines an application being best in class as being Number 1 or Number 2 in its segment, and said that he expects this of all the SMB applications.

“This means that the SME segment will be revolutionized with core applications and micro-services that can connect to anything,” he said.

The fourth element, being connected to you, means the next level of integration at the component level, particularly how things are personalized for the user.

For Business One, achievement of even the first objective is still some distance off. It sits fourth in its segment in terms of market share, behind Microsoft, Sage and Netsuite. The remarkable thing about the SME ERP segment however, is that market leader Microsoft has only about 4 per cent of the global market. Fourth place SAP Business One has 1.8 per cent.

“The SME segment is completely fragmented,” Murguia said. Behind the top companies, you have a huge long tail of local companies, who are different in every geo. If you are a large company, you can get an SI like Accenture to develop any functionality you need. But smaller companies need things which come readily tailored and locally specific. If you are a small business in Malaysia, your solution needs to be compliant with local Malaysian laws. It is this availability of localized versions with local laws, and having an industry extension for particular businesses, that defines who will win a particular customer. It’s hard for vendors to do this, because it requires building a system of ISVs to develop industry extensions, and once an ISV works with one vendor, it’s harder to get them to support multiple platforms.”

This complexly differentiated market stands to benefit enormously from the broad philosophy Singh is imparting to his business units, Murguia said.

“In this kind of market, the winner will be the one who creates a platform that is very easy to interconnect with,” he said.

Murguia said there were other advantages for Business One in the organizational move.

“The way things are organized now, the growth businesses can have the right level of attention and resources, that aren’t diluted by the total business,” he said. “The key is to have the right level of attention, to take the business to newer and higher levels – an order of magnitude higher than we are today.” Having the unit run by an Executive Board member won’t hurt either.

Given that Business One partners would likely be concerned about the move out of the Partner Organization, Murguia said that the reaction from partners who had been briefed about the changes at SAPPHIRE NOW has been positive.

“Yesterday [Tuesday] we had a meeting with the top partners and Singh to discuss the future,” Murguia said. “The partners are excited. The reason is that Singh told them that he wants to make their business Number One or Number Two, which means making it much bigger than it is today. The size of the pie will get so large that there will be an incredible opportunity. Partners will also have an increased role because they develop the extensions, develop the industry functionality that is needed for every particular industry.”