Tech Data also sees the agreement, which fills an admitted gap in their line card, as very likely to open up Cisco technology to a large class of smaller customers who have not been buying Cisco to date. 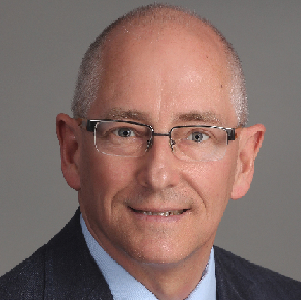 It’s been a while in coming, but Tech Data Canada sees its recently signed agreement with Cisco Meraki as likely to have major implications both for their partners and for the partners’ customers.

The Cisco Meraki cloud services suite has been available through Tech Data in the U.S. for some time – July 2014 in fact. But Tech Data Canada has not had access to it, and in Canada, Cisco Meraki distribution had remained exclusive with Ingram Micro until this new deal was reached.

“This was a gap in our line card and a challenge for our Cisco partners who were developing configurations with our Tech Data team,” said Greg Myers, senior vice president of sales and marketing at Tech Data Canada. “Ingram Micro had an exclusive, so even Tech Data partners had no choice but to source from them.”

Not surprisingly, Myers said their partner reaction since the agreement was announced has been exceptionally positive.

“The response from customers this week has been quite overwhelming,” he said. “I can’t recall a product line having more pent-up demand.”

While Meraki was mainly about wireless at the time it was acquired by Cisco, Cisco has developed the product and expanded its capabilities significantly.

“What was initially only a wireless technology now cuts across commercial and public sector markets and has found a place with the emergence of hybrid IT infrastructure, becoming the fastest growing line in Cisco’s history,” Myers said. “It now is about cloud controlled networking, which allows for the management of the network to be in the cloud. What’s unique about Meraki is that it transcends wireless and wires and can be integrated in a Cisco on-prem environment.” Their cloud-managed edge and branch networking portfolio includes a complete line of wireless, switching, security, and mobile device management products, and comes out of the box with centralized management, Layer 7 device and application visibility, real time web-based diagnostics, monitoring, and reporting.

Myers said the Cisco Meraki offerings, being cloud-based, have an exceptionally wide appeal to both partners and customers.

“Meraki has distinguished itself by broad appeal, and has sold broadly in the channel as a result,” he indicated. “It’s highly scalable, like most cloud based solutions, so it can be in the smallest SMB in the land as well as larger companies.”

That means it will appeal to more partners than those who sell other Cisco technologies, Myers added.

“The sell-through on Cisco Meraki technology is more broad than traditional Cisco on-prem infrastructure, which has been successful in the midmarket, enterprise and public sector,” Myers said. “This provides more of an opportunity for small businesses to use Cisco technology, so for this reason, there will be more resellers engaged.”

“This technology dovetails nicely with our existing Cisco program for Tier Two indirect partners, and will very easily integrate into our existing program environment. We won’t need a new set of marketing plans as a result.”