Salesforce introduced many exciting new solutions at Dreamforce, but for specifically partner-focused announcements, the big ones were all about training. And there were a lot of them. 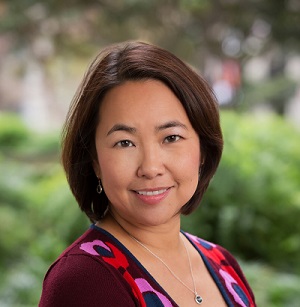 Salesforce’s Dreamforce mega-event in San Francisco this year saw several major technology announcements, including their Salesforce Lightning, which extends the Salesforce1 platform to make it easy for business users to create modern enterprise apps, the Internet of Things Cloud, powered by Salesforce Thunder, and the Wave Platform for Partners, an expansion of last year’s Wave Analytics Cloud. For the company’s many consulting and ISV partners however, the key new takeaways were around enhanced partner training and enablement.

Tyler Prince, Salesforce’s EVP of WorldWide Alliances and Channels, kicked off the event’s opening keynote on Tuesday by emphasizing the spectacular opportunity for partners from a services ecosystem perspective for both Salesforce’s ISV and consulting partners.

“It’s a 135 billion dollar services opportunity over the next five years,” Prince said, a metric that his boss, Keith Block, Salesforce’s President and Vice Chairman, said later that he thinks is on the conservative side. Prince said that they see a huge opportunity around their ISV business as well, and that their plan is to grow it fivefold over the next five years, something that can only be done with major investments on Salesforce’s part.

“You also told us repeatedly to improve the partner experience, and our commit is to do that,” Prince told the audience. “We want to make it easier to do business with our company.”

Neeracha Taychakhoonavudh, Salesforce’s Senior Vice President, Partner Programs & Marketing, amplified on what Salesforce has been doing in that sphere, what they are announcing in that area at Dreamforce, and some of what they will be doing next year.

“We are only part way through a multi-year journey,” she said. “Over the last year, we aligned our consulting partner program and our program for ISVs. We’ve doubled down on the Partner Community, which is our single hub for all partner types to collaborate. We have over 27,000 users in the Partner Community now.”

Taychakhoonavudh also emphasized that Salesforce had stepped up its focus in operational excellence in its partner relations.

“We have managed to reduce the time needed to resolve partner cases anywhere between 10 and 60 per cent, depending on the type of case you are filing, in the face of about a 50 per cent increase in case volume,” she stated.

Taychakhoonavudh spent most of her time talking about learning initiatives.

“Partners have asked us for more training and enablement. In the last two years, we have increased resources for enablement five times, and in this year’s partner survey, the number one request was still partner enablement.”

“We found a gap in our one-to-many classroom training for sales and presale content. It was ad hoc and not delivered on a constant cadence. So we added a new program, Partner Fast Forward, which is new and designed to be a classroom experience on sales and presales content to accelerate our capacity at scale. We will be rolling it out over the next two quarters in a pilot in certain emerging markets, with a full rollout next year.”

“We have some innovation coming out next quarter on the elusive Technical Architect cert,” she said. “In the past, it has been a tough cert. It has been all or nothing. This really breaks it down into specialist tracks so it becomes more digestable chunks. We also have new analytics certs and new community certs coming as well as a revamp of the Service Cloud cert.”

Taychakhoonavudh also detailed the roadmap for the new Trailhead online learning tool, which is just starting to be rolled out.

“The most exciting thing that has happened in learning at Salesforce for quite a while is Trailhead, which is an online learning tool that is modular and covers a variety of subjects,” she said. “It is a really fun and nimble learning tool, where it is easy for us to put in content and easy for partners to take. It’s a big bet for us as a company.

“We have had a Lightning Trail out for two weeks, and the adoption has been massive,” Taychakhoonavudh said. “4500 consultants have completed that badge, from over 100 partners.”

She also detailed the partner-specific modules and trails that are being added. The first is an ISV Basics module, which is available now. Upcoming are modules on Planning Your App, due in October, and Build and Test, Getting Ready to Distribute, and Market, Sell and Support modules, which are all scheduled for Q4.

“Whats new here is Blueprints, which are full solution sets including consulting partner and ISV solutions addressed at key industries,” she said. “What you will see from us in the next couple of months is a convergence of partner solutions in reference architectures to address specific industry problems.”

“The vast area of growth in go-to-market is really around specialization,” she said. “If you are a consulting partner and want to distinguish your areas of expertise down to a detail level, you haven’t really had a tool for this in the past. So we are rolling out the SalesForce Masters program that allows you as a firm to specialize in an industry or in a cloud.”

Taychakhoonavudh talked about the expansion of the Wave analytics cloud.

“Last year, we launched the Wave analytics cloud and this year, we are announcing the Wave Platform for Partners,” she said. “We have a set of pilot partners who have been working with us in prerelease node.

“We had feedback about partner referral fees which consulting partners get for referring new business to Salesforce, and I’m pleased to announce that we will have a spiff between today and the end of the fiscal year, January 31, for sourced business for our Commercial Sales Group.” Consulting partners in the US and Canada, and in Asia Pacific and Emerging Markets are eligible.”

“The number is hard to pin down, because many are also customers,” she said. “But Dreamforce is so important to so many partners. They say between 20 per cent and 60 per cent of their pipe is generated at this single event, which are just wild numbers.

Taychakhoonavudh also reaffimed the key messaging to partners at the event.

“The theme is that opportunity going forward together as the number one cloud ecosystem,” she said. “That opportunity will only compound in the future. We are trying to get partners excited about that so they know if they make some investments today, they can grow even faster in the future.”