The Arrow deal broadens the Nexsan distribution network, and is also intended to transition more Nexsan resellers to Tier Two distribution, away from the direct Tier One model Nexsan used before it was acquired. 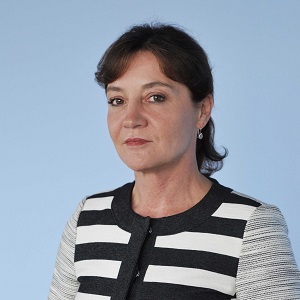 Oakdale, MN-based Imation, which makes both storage and security solutions, has announced a new distribution agreement with value-added distributor Arrow Electronics. The deal covers Imation’s Nexsan product line in both the United States and Canada.

Imation, which was a storage vendor before it acquired Nexsan in late 2012, has made the Nexsan brand its external storage business, and end-of-lifed its previous products. Today, there are three Nexsan product lines. The hardware one is the Nexsan E-Series, block storage solutions that can be directly attached or networked to workstations and servers.

“The E-Series is a family of heavy hardware solution with some unique capabilities around energy and density, as well as sequential throughput,” said Mike Stolz, Imation’s vice president of marketing and technical support for the Nexsan solutions. “Our other two offerings, Nexsan Assureon and Nexsan NST, are essentially software solutions which leverage the E series for their hardware.” Assureon is a secure archived solution, while NST is a unified NAS-SAN hybrid appliance. Both these software development teams are based in Montreal.

Imation also acquired multiple data security companies in 2011, which allows them to offer storage solutions ideal for high value data, because it both protects the data from traditional data storage loss and from security leaks.

“This is unique to Imation, and the channel has responded to this very favorably because it addresses data security issues,” Stoltz said.

The market for the Nexsan solutions is mid-size organizations, ranging from the upper part of the SMB to the lower part of the enterprise. They target specific verticals, like video, health care, and surveillance. They have about a $55-60 million business in North America, with their Canadian business being between 8 to 10 per cent of that. And in a market where many storage companies are posting negative numbers, they are growing and making money.

Nexsan’s go-to-market strategy is entirely through channel partners, which was the case before it was acquired, and since then, under Imation. However, when it was a separate company, Nexsan did not use distribution, dealing directly with their VARs. With between 1200 and 1500 registered partners, about 400 of whom the company considers active, that’s a lot of folks to manage. As a result, Imation began to introduce Tier Two distribution.

In 2014, Imation, which had previous relationships with Ingram Micro in other parts of its business, signed on Ingram Micro and its Promark subsidiary. They also inked a deal with Frederick MD-based boutique distributor NewWave, which handles their Assureon archiving product.

“Now, in the second half of 2015, we decided to move more aggressively to the Tier Two model, and by signing on Arrow, we will give VARs more choice,” said Barbara Spicek, Imation’s vice president of global sales.

Spicek said that given the classic reasons why distribution exists, such as operational consolidation and financing, it makes sense to reduce further the number of partners with whom Nexsan deals direct.

“We are looking to keep about 25 as direct VARs, and transition the rest over to the Tier 2 model,” Spicek said.

“As a value-added distributor, Arrow provides programs, lead distribution, and professional services to help smaller VARS in terms of support and delivery,” Spicek added. “They also provide us with access to a group of storage and compute-savvy VARs.”

Imation recently updated its partner program for the Nexsan line in Q2, which Spicek said is directly related to the transition to Tier Two distribution.

“The increased emphasis on Tier Two is tied to the refresh of the partner program, and the necessity of either a certification requirement or revenue requirement,” Spicek said. “We are driving this in a phased approach, which we expect will transition about half our VARs this year, with the second phase completing the transitioning taking place in 2016.”