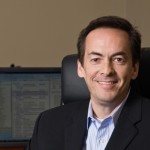 D&H Distributing has brought its D&H Incentives loyalty program to Canada for the first time, offering SMB-focused resellers that buy products from participating vendors from the distributor points that are good towards anything in the D&H linecard.

Under the program, resellers get one point for every $10 spent on participating vendors’ products through the distributor. Points go to the reseller organization and can be redeemed on anything the distributor stocks, according to Jeff Davis, senior vice president of sales for D&H.

“It’s a good loyalty program for us, and all other things being equal, I think it sways the decision,” Davis said.

The program has been offered in the U.S. for nearly 10 years, targeting the same small business-focused VARs, and Davis said the company’s research says the program does encourage resellers to buy from D&H more often. It can also skew resellers’ choice of vendors, he said – according to the company’s survey, more than 60 per cent said their choice of product was influences by its inclusion in the Incentives program, while more than half said they purchased from a participating vendor for the first time because the vendor participated in the program.

Initially in the U.S., the distributor opted to run the program through a third-party loyalty program partner that offered a more traditional set catalogue of products for points, but Davis said that by bringing it in-house and extending the program to cover everything the distributor stocks, D&H gets a lot more attention for the program.

Points go to the reseller organization, not the rep, so owners can use the products received in as they see fit, including for resale to end users.

The distributor also announced that it has done another round of its “business assurance program,” where it extends more credit to more of its SMB-focused resellers. In this round, D&H announced another $10 million in credit spread around 1,000 D&H customers. Last June, the distributor did a smaller round of the same kind of credit bump – putting an additional $5 million into credit over 300 resellers.