Rogers sees strong parallels between ServiceNow and Rubrik in terms of their capability to expand successfully from a single product to a broad platform, and thinks the tactics ServiceNow used successfully to ramp up will port well to Rubrik. 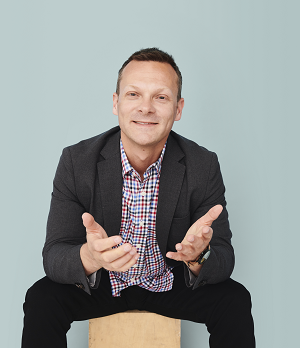 Data management vendor Rubrik has named their first-ever President. Dan Rogers comes to Rubrik from ServiceNow, where he had been the Chief Marketing Officer. Rogers will lead Rubrik’s Go-to-Market operations, driving the product, marketing, and Go-to-Market strategy, and will work closely with Brett Shirk, Rubrik’s Chief Revenue Officer, to drive growth.

Rogers’ marketing background, which has pretty much been his career until now, is not the most common for this sort of role. Before ServiceNow, he was the CMO at Symantec, and was the regional EMEA CMO at Salesforce before that. However, he emphasized that his actual role at ServiceNow was very similar to what it will be at Rubrik, and that he intends to leverage what he sees as very strong parallels between the two companies.

“When I started at ServiceNow, we were doing about a billion dollars of revenue, and the big question was how do we scale it from there,” Rogers told ChannelBuzz. “Was there anything we can run more effectively – to put it on rails. If so, we should be doing that.”

Rogers’ role in doing that was to coordinate sales and marketing more effectively to get them working smoothly together.

“My focus was on improving pipeline and how all that orchestration happens between the sales and marketing teams,” he said. “I was the middle layer in making that happen between sales and marketing. So while I had the CMO title, it was a very broad conception of the role, covering product development and customer service as well as product marketing and pricing, with the idea of helping it all scale and grow.”

Rogers stressed that Rubrik is at a similar point in terms of market inflection now to what ServiceNow was then.

“ServiceNow was also going from a single product company of IT service management to a fuller digital transformation platform,” he said. “You take those same themes and apply them to Rubrik. We have 2500 customers. We want to scale this thing and become THE data management platform. The orchestration between sales and marketing and the channel is central to how we will do that.”

While Rubrik began as a hyperconverged backup provider, it has broadened its capability into a broader data management role, which Rogers says can be expanded much further.

“Rubrik has this very unique opportunity, to expand into adjacent areas like governance, ransomware, and data analysis,” he said. “It’s a strikingly similar parallel.”

“With ServiceNow, the same question was how it would be THE digital transformation platform,” Rogers added. “The players that will win on this playing field are those which best serve their customers – providing them with a simplified user experience and meeting them where they are at. That in turn is driven by a team who wants to be the customers’ best partner – helping them get to that future state.

“From a technology perspective, Rubrik is well placed to win. But this team is deeply focused on the customer. The leadership team is the best of the best. It’s a leadership dream team, all laser-focused on delivering for customers.”

That team includes co-founders Bipul Sinha and Arvind Nithrahashyap, who are still in place as CEO and CTO respectively, and 2019 arrivals Shirk, who came from the Americas role at VMware and Chief Commercial Officer Wendy Bahr, Cisco’s former channel chief.

“We are now on a continuum, where the goal is to meet customers where they are,” Rogers stated. “There is a massive transformation to the cloud coming. Some customers want to be able to move between clouds. We have to be the master of all scenarios, and we are well positioned because we are the number one or two partners for all of the clouds. Because they try and drive consumption to their platforms, it’s a match made in heaven.”

Rubrik had intended to articulate their vision going forward at their first-ever big user conference, in Chicago, on May 11-13, 2020. That fell victim to the Coronavirus, and has been replaced with a one-day digital event on May 11.

“Our aim is to have a world class digital event, which will preview our strategy for the market,” Rogers said.