Avaya is introducing new cloud services through their RingCentral partnership, and is aggressively expanding into the Master Agent channel, but even as a Canadian channel exec moves on, the company still sees its stability in Canada as a major asset. 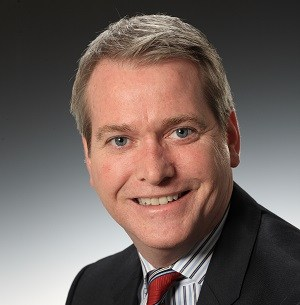 Corey Mindel, who has been Director of Canadian Channels at Avaya Canada, is leaving the company. Today is actually his last day. So Miles Davis, who was in the role between 2010 and 2015 before being promoted, will be covering this position for the result of the quarter on an interim basis. It’s expected that a permanent fixture will be in place by April 1.

Mindel’s departure is notable because it highlights a countervailing trend, that Avaya Canada on the whole has benefited from considerable stability in recent years, particularly among the company’s line personnel who handle their day to day interaction with Canadian partners and customers.

“The Canadian team has had incredible stability,” said David Robertson, Managing Director and President of Sales at Avaya Canada. ‘Miles joined Avaya in 2000 and Ian Purdell-Lewis, who leads services across Canada, has been here since 1999. It’s those stable people who customers and partners deal with.”

Robertson himself has been at Avaya Canada for almost five years, in the country manager job since May 2017, and Vice President, Enterprise for two years before that. Mindel, who is headed to Check Point Software Technologies as Central Region Channel Lead, had been at Avaya for over ten years in various channel roles, including three years in this last one. That kind of stability is unusual, not just at Avaya, which has seen a lot of executive churn in global and North American positions in recent years, but in the entire unified communications industry, which has gone through a massive transition from hardware boxes with profitable services on top, to software and now cloud.

“Technology and its markets have been changing quickly, and it should be expected that senior leaders are moving to be in place to win, said Purdell-Lewis, who is VP Cloud & Service Sales at Avaya Canada. “Our stability helps because people want to  be able to talk to the people that they trust in their day-to-day contacts.”

“There has been a lot of turnover at the top at Avaya, but all the people below them are the same guys, despite the changes at the top,” said Dan Silverman, President of Toronto-headquartered telecommunications service provider Telanet. “As long as those guys like Scott Schoults [Vice President Cloud Operations] and Craig Iwata [Senior Director of Product Management] are there, those are the guys I’ll continue to work with.” 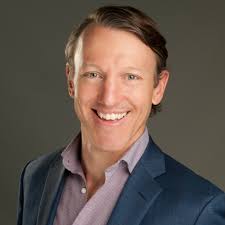 “It’s night and day since the last time I was in the role,” Davis said. “Five years ago, the market was very different. VARs were getting into the midmarket with IP Office, and looking for hybrid with on-prem and managed services. It’s now a completely different landscape. We have announced Avaya Cloud Office and launched our Subscription model. We are a big proponent of Spaces in Canada, and now we are also working with big new strategic partners.”

“Today, we have multiple different options across the public-private-hybrid spectrum,” Robertson added. “Many customers want enterprise consumption and subscription. Ian has all those Nortel customers on maintenance contracts. We can find if they can have a cloud sales organization. If they aren’t ready to go to cloud, we can talk subscription and get them on a path until they are ready for cloud.”

“The conversation about how you wish to consume is part of every sales cycle,” Davis said. “This has picked up in the last twelve months, but it’s not like a light switch has been turned on.”

The biggest news at Engage was the Avaya Cloud Office offering that is the joint product of Avaya’s relationship with RingCentral, and while it will be in Canada later than in the US, it is still expected to have a significant impact here.

“The cloud demand in Canada has not been quite at the same level as in the U.S., but it will ramp up the portfolio to have another business outcome conversation for a customer,” Robertson said. “It was a bit of a hole before, and now it’s not.”

The Canadian launch is slated for late spring, about 60 days later than the U.S, which is March 31. The timing is related to RingCentral’s points of presence.

“We have been enabling our teams in Canada around this, and are now transitioning into partner sales and technical enablement,” Davis said. “We have been doing certification here at Engage, and will be taking that back to the partners who weren’t able to join us here.”

RingCentral is already in Canada. They have an important relationship with Telus, who is one of their three white label telecom partners, with AT&T and British Telecom being the others.

“While their partnership with Telus is important, this will really open up the market for them in Canada,” Davis said. “We bring a lot of new relationships for them.”

The channel overlap between Avaya and RingCentral in Canada was miniscule.

“There was very little overlap,” Robertson said. “We have one or two partners who had a relationship with them, but they aren’t selling anything.”

“Our cloud business is small, but is growing double digits every year,” said Suzanne Sadowski, Sales Manager at Unity Connected Solutions, a Newmarket ON-headquartered partner who was Avaya’s first partner in Canada. “The relationship with RingCentral is important because we compete a lot against the bigger carriers.”

“These let us have conversations with customers and work backward to get to the right place,” Purdell-Lewis said. “Network assessments are absolutely a part of them as well.”

Avaya also placed emphasis at Engage this year in reaching out to the Master Agent channel to expand there.

“I think the Master Agent model is made for a country like Canada because the agents have a very local focus in their relationships with customers,” Davis said. “It also won’t be like with IP Office where you had to send people away for a week’s training. For small agents, that’s no longer required. It opens up those more rural areas.”