Zoho Docs was designed for an individual user, not as a group collaboration platform, so Zoho rebuilt it from the ground up to more effectively provide its capabilities to other Zoho One apps. 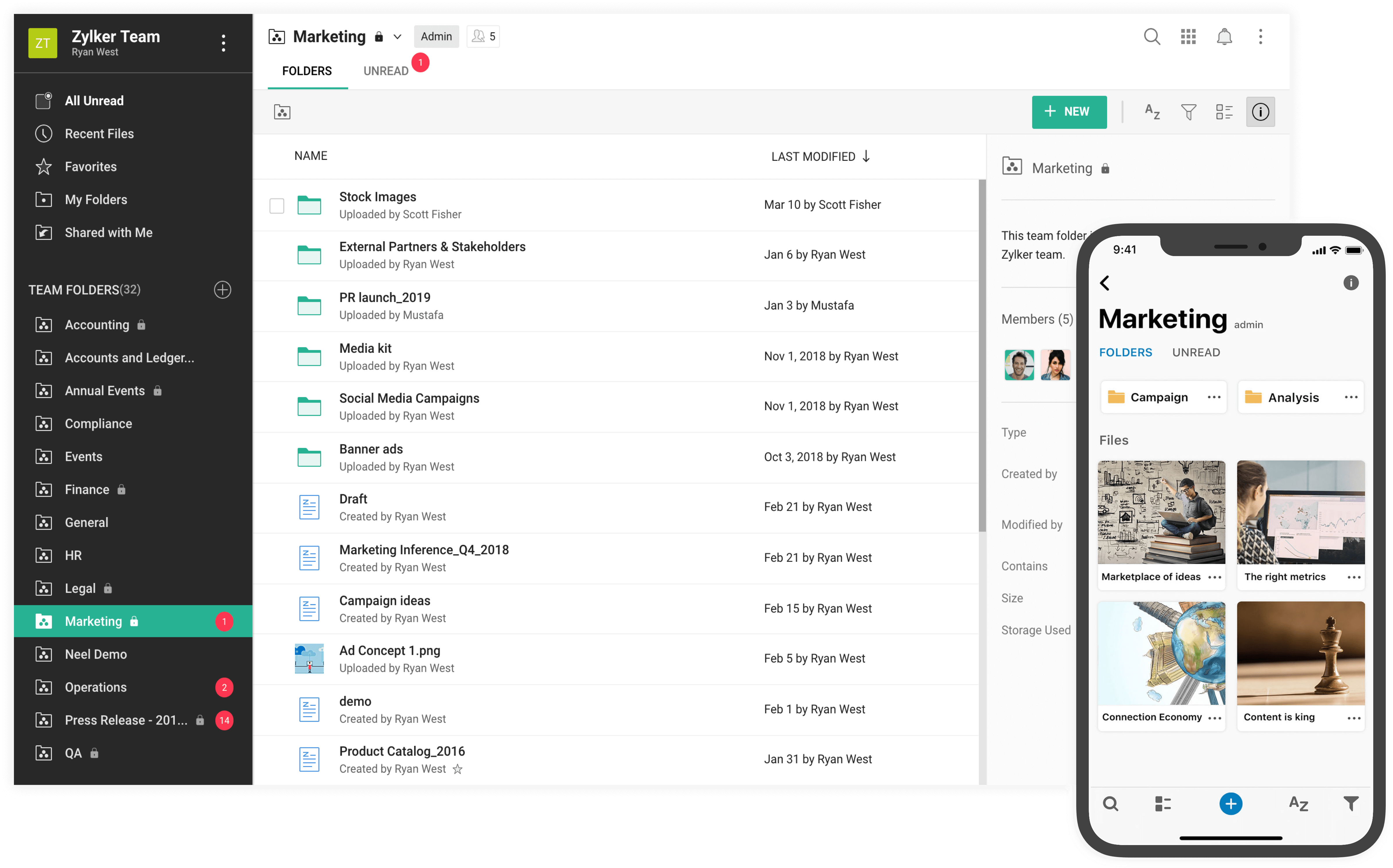 Zoho has announced the launch of WorkDrive, a new document management system for its Zoho One platform. It is a fundamental redesign of their earlier Docs application, which Zoho determined simply was not able to serve as a file system for the platform. This announcement coincided with a broader one around momentum, in which the company stated that it now serves 50 million business users globally for the first time. And in Canada, where on Wednesday the company kicked off the first day of a two day Zoholics conference in Toronto, the company also reported strong momentum. That includes 20,000 paid customers, 40% year-over-year revenue growth, and 100% year-over-year growth of Zoho One, Zoho’s fastest growing product in Canada. Zoho also reported 40% partner contribution to revenue in Canada in 2019, including 100% year-over-year growth of Zoho One sold by channel partners.

The launch of WorkDrive is an important upgrade for Zoho’s collaboration capabilities.

“It is a fundamental change in the product,” Raju Vegesna, Zoho’s chief evangelist, told ChannelBuzz. Vegesna was in Toronto to headline the Zoholics event.

Zoho Docs was originally released in 2008, and was originally architected as a central place to manage all the personal documents of an individual. Zoho determined that as part of the Zoho One platform, Docs was stretched to serve as a collaboration platform for teams.

“We were asking it to also serve as a file system, and that because problematic, especially when it was integrated with all the other Zoho One products,” Vegesna said. “It had been designed to optimize things for individual users. We now required it to be optimized for group collaboration.

“We decided that we couldn’t have the product work as a file system and provide the level of optimization that we expected,” Vegesna added. “So we realized that Docs had to be completely re-architected. We went back to the drawing board and did it from scratch. It required a complete re-do.”

WorkDrive has now emerged from a lengthy beta.

“The biggest change is to the fundamental architecture,” Vegesna said. “WorkDrive is now the unified file system, and integrates with all the services.” This enables it to become the underlying document management through all the Zoho business applications, facilitating unified search, single storage, and contextual integration.

“We have laid the groundwork so that no matter what the file, they all show up in the system,” Vegesna indicated.

The key thing with the functionality of WorkDrive is not that it is new compared to Docs, but that it is optimized for group collaboration.

“It comes with all the usual things that you expect like synchronization, including Zoho Office Suite integration,” Vegesna said. “Virus scanning, encryption, and WAN acceleration are also now executed at the platform level, to strengthen all the Zoho services. WorkDrive is also now integrated with the Zia AI assistant, to provide unified search across all the apps.

Some features are net-new with WorkDrive. These include Team Folders, a shared workplace with role-based member permissions for cross-team collaboration and storage.  WorkDrive now also has image, video, and document conversion services.

“We are expecting that Zoho WorkDrive will absolutely open up new use cases, especially in the context of CRM and Mail,” Vegesna indicated. “When you attach a document to a CRM system, you make a copy of the document. Here you point to the document. Because the permission structure is written across all applications, if you have access, you will see same version of the file. Any attachments in Zoho Mail will also be able to be seen in WorkDrive.”