Invarosoft believes that their app-focused tool for enhancing MSP support is so fundamentally different from competitors that it constitutes a new channel of its own. The addition of new AI-based bots is designed to save time, reduce the number of tickets, and improve user experience. 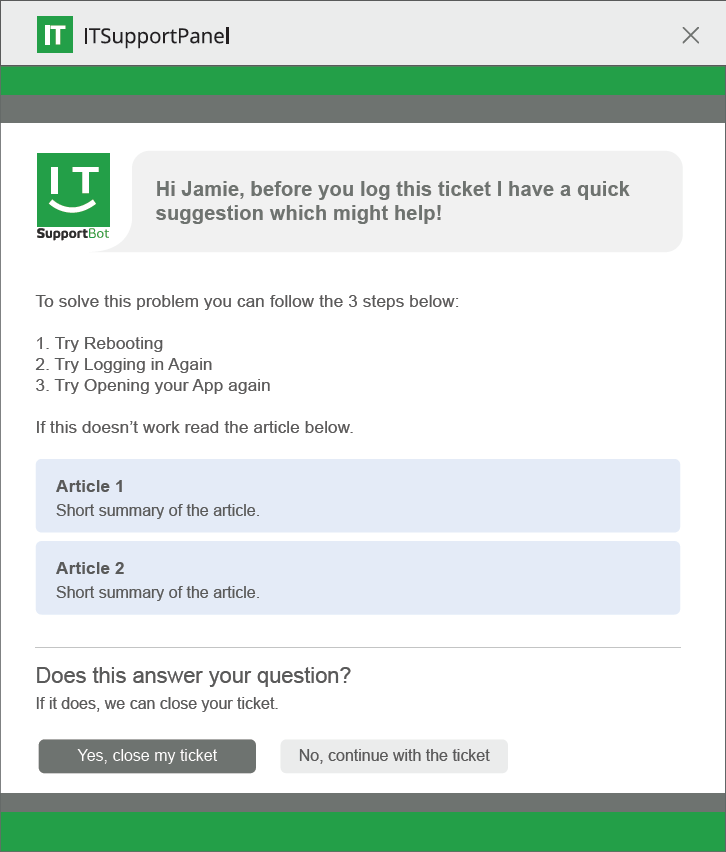 The new Self Service Bot

Australian-based Invarosoft makes an app designed to replace email and phone support for MSP support with a more user-friendly app experience which, unlike PSA portals, will actually be used. At the recent ConnectWise IT Nation Connect show in Orlando, they introduced an enhancement to the app. The new ITSupportBot is actually two separate bots, one for end users and one for engineers

Like many products now sold to MSPs, this one originated as a product deigned and developed by an MSP for their own use. The company was Sydney Australia-based eNerds, whose CEO was Jamie Warner.

“I still have the MSP, eNerds, which I started in 2000 when I was 22,” Warner said. “The iPhone had just been launched and I was sitting in 2009 waiting for a quote for 2000 mousepads with our contact info on them, and I thought that there had to be a better way. So I came up with the idea of a digital mousepad, with an app that worked across all the devices, to handle support tickets. I had about 22 staff by then, and we generated about 60-70 tickets a day, most of which came through phone and email. Email tickets are a particular pain because you usually don’t get all the information that you need in them.”

eNerds launched the ITSupportPanel app for its own use in 2010, and created Invarosoft to take it to market to other MSPs in 2017. ITSupportPanel replaces portals, phone and emails as a connectivity tool with customers with a one-click access window directly on each customer device. 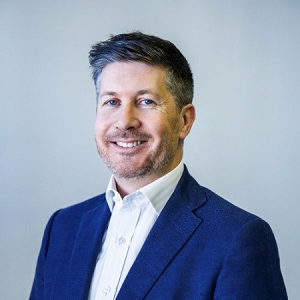 “There was nothing out there like this that we were aware of,” Warner indicated. “It was a raging success because it solves a behavioral problem which had become systemic. Phone and email are easy for the customer to use, but a problem for the MSP. We now have 5000 users at the MSP. It reduced phone calls by 50%. 60% of service desk work now comes through the app.”

Warner indicated that PSAs have portals which are designed to deal with this issue – but that they don’t work.

“PSA tools have not valued the customer experience” he stressed. “No one uses a PSA portal. Because it is a URL, trying to standardize it across all devices is very hard. Users don’t know log-in details to get into it. Even the MSPs themselves don’t like them. The look and feel were not designed with the user in mind.”

Warner said that third-party software competitors like DeskDirector and CloudRadial fundmentally replace a portal with a portal, either their own, or SharePoint.

“We all do it slightly differently, but fundamentally we differ in that we replace support apps support@ with an app,” Warner said. “We also have the ability to customize things down to a user level so that clients can get specific granular needs.”

As a result, Warner sees Invarosoft as representing a fundamentally different category of software in their space.

“We are creating a new category of software around customer experience, which has not existed before, rather than the old-fashioned experience of email and phone,” he said. “IT support talks about different channels to access support. This is a new kind of channel for the end user. It’s also a tool which is more familiar to modern users who are used to iPhone apps. This lifts the customer experience up to what they get in the B2C world – not using an email address.”

Warner noted that this tool has been the reason why eNerds has scaled to over $8 million in revenue without any acquisitions, a growth trajectory that he said is quite uncommon.

“We have had an interesting journey creating this new category,” Warner said. “We launched Invarosoft with PSA integrations with both Autotask and ConnectWise. We are working on ones with Kaseya and Tigerpaw, as well as smaller PSAs. Our vison is to have every PSA covered over time. Although some of the smaller vendors don’t have the API ability for small integrations, we have a PSA-agnostic version for them.”

Invarosoft is also working on roadmap integrations with other third party aps, like ConnectBooster and Brightgauge.

“As a startup, we have a limited budget for attending events, so we have focused on the large events in the U.S. like IT Connect to get our message out,” Warner said.

Invarosoft’s big news at the IT Connect event was the announcement of their ITSupportBot bot technology. Bots are increasingly common in some aspects of IT, and many websites now have visible bots designed to assist visitors with basic questions. This is not that kind of bot.

“This is a self-service bot which is actually inside the app, not on a page,” Warner said. “This is the first time that anyone has embedded a self-service bot in the ticket process. What the industry has done instead is create alerts that generate more tickets.”

Smart bots are assigned to particular ticket types and provide instructions or attachments for specific types of tickets so the user can easily solve the issue themselves.

“They create a much better user experience,” Warner said. “Let’s say the user has a printer issue, so they log a ticket for it. If the solution is just a reboot, the user is often frustrated that they couldn’t have just done it themselves and save time. The bots will help with those simple-to-solve tickets. It’s a massive win for the end user, because it gives them business continuity and peace of mind, and that’s what the MSP is selling. It’s a win for the MSP because they don’t get those unnecessary tickets.”

The goal of the end user-focused Self Service Bot is to cut down support tickets by about 5-10% each day.

“Smart Engineer Bot provides instructions or attachments for tickets for issues relating to third-party products like IT Glue, so the engineer has instructions how to solve it,” Warner said.  While it can obviously be used for vendors other than IT Glue, Warner credited senior IT Glue execs Nadir Merchant and Luis Giraldo with suggesting the idea.

When the user logs the ticket, typically looking for an instruction guide, this bot will include instructions or document links relating to that particular issue in the ticket. Invarosoft estimates this will save engineers 2-5 minutes each on this type of ticket. 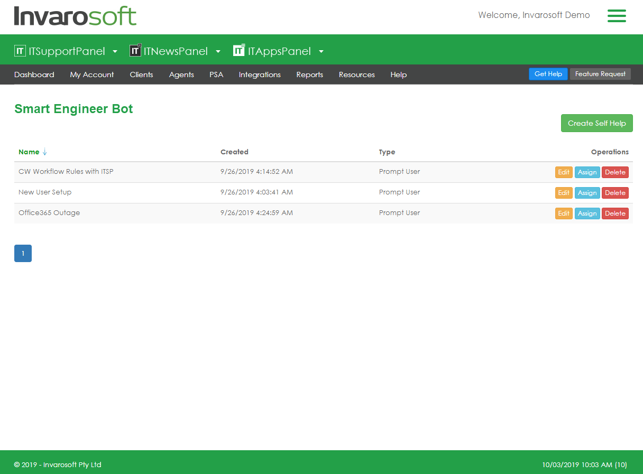