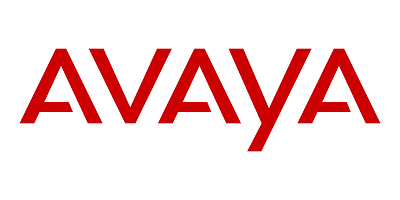 Avaya has announced the general release of Powered by Avaya IX, its new cloud unified communications-as-a-service  offering. It runs on the Google Cloud platform and leverages containers, Kubernetes and microservices to provide a solution that Avaya thinks will be highly competitive for partners in the SMB space. That was not the case with this offering’s predecessor, Powered by IP Office.

The rebranding to Powered by Avaya IX is not a tactical one around this particular product line, but is part of Avaya’s broader company-wide strategic initiative.

“We are in the process of rebranding the portfolio along experiences,” said Scott Hanwell, senior manager of UC product marketing at Avaya. IX – short for Intelligent Xperience – becomes the new Avaya master brand, which encompasses the whole spectrum of solutions, for the Contact Center, Unified Communications, and Collaboration. Avaya announced this all back at their Engage event in January.

What is significant here though is not the new brand, but the technology which underlies this particular solution, and transcends the limitations of Powered by IP Office.

“Powered by IP Office was a virtualized solution with a capacity of up to 3000 users, and is exactly the same software that would be deployed in a virtualized environment on prem,” Hanwell said. “The problem was that spinning up a virtual instance of IP Office for 25 users before involved a fair bit of overhead. That made it much more challenging with virtualization to justify an investment that would allow the partner to make a profit off the stream of payments they would receive from the smaller number of users. What containerization allows us to do is use that architecture and Google Cloud to let us reach down into that smaller sub-50 line segment in particular, where overhead kept the partner out in the past.”

In this first release of powered by Avaya IX, the target market is 400 users. The plan, in the fairly short term, is to extend the capabilities of the containerized technology to cover the whole of the old IP Office spectrum.

“This containerized architecture tops out at 400 users, but the goal is to take it to 3000 by the end of the year,” Hanwell said.

Hanwell said that the new offering with its Google integration has three assets that he said will give it competitive differentiation.

“We are leveraging the resiliency and reliability of the Google cloud, which provides an enhanced peace of mind for the end customer,” he said. “There is a greater sense of confidence in that as opposed to partner spinning up their own instance, around things like full geo coverage.

“In addition, it’s also a full UC offering. We are not racing to the bottom of the barrel for just telephony. The capabilities you get from IP Office today and from Meetings – what was Equinox before – are what you get with this.”

The final differentiator is the Avaya Partner Network.

“That gives us a broad global reach,” Hanwell said. “We will be starting in 24 countries globally [which includes the U.S. and Canada] but our reach is still outstanding and will get better.”

Hanwell said that Avaya already has the partner presence to succeed at this lower end of the market.

“We have reached down to the Small part of the SMB in the on-premises model,” he said. “The average size of an IP Office has grown as we added capacity, but we still have coverage at the low end. But that was a different business model, where the partner could make money off that, whereas they found it more difficult in the virtual model.”

This will basically be a pure channel market for Avaya

“I think we would fire any Avaya rep who was selling a 20 person IP Office install,” Hanwell joked. “This is a channel market for sure. Those are the opportunities that we want to leverage. We won’t be doing direct sales here.”

“We had an extended period of a  controlled introduction, where we worked with specific partners who wanted to lead this charge and worked out the kinks, so we made sure that we could spin up an instance in the field within five minutes as we said,” Hanwell said. “That controlled introduction phase lasted 4-5 months. That has given us a lot of credibility around the solution for partners. Now that we have gone to General Availability, we will be looking to make sure partners are aware of it. If you give them an easy entrée to the market they are more likely to come, and we can leverage the ‘Powered By’ to the customer and make a success of it. We have double digit growth quarter over quarter for Powered By, and  triple digit growth year-over-year.”

Hanwell said that to succeed with Powered by IX, Avaya needs to make partners aware of how the container technology under the covers transforms the economics of an Avaya SMB UCaaS solution for them.

“The customer doesn’t care if the solution is virtualized or containerized, so this containerization pitch isn’t an end customer pitch, whereas Powered By IX is,” he noted. “On the partner side, the key is making sure that partners are aware of it. The container technology is also under the covers for them, and not something they need to learn. That’s different from virtualization, where they do have to know it. With containerization, they use Kubernetes, fire it up and get the same programming and administration interface they use for on-prem or virtualized systems. There’s no incremental knowledge required, and Google won’t allow it anyway. They don’t want to see people containerize on their own on their Platform.”

Avaya is stressing to partners that all of this means that the opportunity with Powered by IX to succeed in the cloud SMB market is real.

“If partners have been sitting on the fence, this is the time to hop off – to understand what the offer looks like, to understand the pricing,” Hanwell said. “There’s all kinds of opportunities to provide their differentiated value because they own the relationship with the customer. We provide the pieces, but the real value for the channel is they can continue to own the relationship and layer on their own IP in a solution backed by Avaya but unique to the channel partner.”