Panzura’s hybrid cloud NAS gains an additional use case with the certification, which will enable joint Veeam and Panzura solutions for cloud-native VM backup and DR in any public or private cloud. 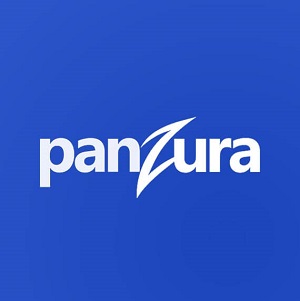 CHICAGO — Campbell CA-based Panzura, which has made a major shift to the cloud and hybrid NAS over the past several years, was at the VeeamOn event for the first time this year. They announced their partnership with Veeam and their achievement of Veeam Ready certification for their Panzura Freedom NAS solution. The new certification will enable joint Veeam and Panzura solutions for cloud-native VM backup and disaster recovery in any public or private cloud.

Panzura started out as a cloud storage gateway player, whose offering was available as an appliance. Since then they have both have expanded their use cases, they have also expanded the way their product is sold.

A key ability of the Panzura platform is its maintenance of a local cached copy of data on-prem for restoration, while also providing a highly scalable object storage version in the cloud, through the platform’s Global Rewrite capability.

“You want to get the benefits of protection from the cloud, particularly the added durability on the back end, but you want to retrieve locally, not from the cloud, because it’s less expensive to do that,” Tudor said. “Because our software appliances talk to each other, you are able to pull down from the cloud the latest backup sets to the on-prem, so you don’t have to actually take them off the cloud. You just have to do a rescan to restore the VMs that you want to restore. It’s very effective copy data management.”

Panzura decided last year that they wanted to partner with Veeam.

“We had been in customer engagements where this use case came up,” Tudor said. “It didn’t make any sense for us to build a backup engine, when Veeam has the leading position in that space. We provide all the advantages inherent to our platform for the Veeam backup sets, so you can just pull the cloud copy of the Veeam repository down from the cloud to the on-prem in order to do a local restore.”

While Veeam massively outstrips Panzura in sales, Panzura plays in the enterprise space that is Veeam’s priority growth area, and Panzura’s Global Rewrite capability is a net-new benefit for Veeam customers.

“The Global 2000 is our core customer set, and they will be able to use our integration with the Veeam platform to automate their backup sets,” Tudor said.

While Panzura’s channel is much smaller than Veeam’s – 55 partners compared to 55,000 – the two companies’ alliances strategies are now interlocked, and they are doing joint account planning. CDW is a key partner of both vendors.

Tudor indicated that Panzura expects to realize substantial benefits from the new certification.

“We have over 5000 deployments in 33 countries, and now that we are certified on Veeam, we can take this to customers as a new use case,” he said. “Veeam has also certified us as a Veeam Ready Repository, their higher level of certification, which has a very, very short RTO which allows you to do immediate restores. That’s an advantage for us. I also believe that this will lead us into a broader discussion in the machine data landscape around backup and copy data management. We expect it will generate more discussion with customers around expanding use cases for hybrid cloud NAS.”