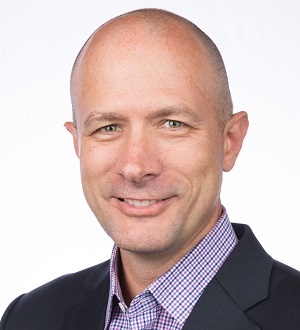 In the fall of 2016, Ft. Lauderdale-based managed security service provider Netsurion merged with  EventTracker, to acquire their SIEM technology. The companies continued to operate as separate brands, and their channel programs remained separate. Now, the programs are being united, to create new synergies and take both sides of the business into entirely new markets. The unification also fits into Netsurion’s strategy to significantly grow their channel.

Netsurion’s legacy business has been cloud-managed firewall services, focused on North America, and on franchises and multi-location organizations, like restaurants, retail, hotels, moving companies and gyms. Many of their customers are large business, made up of many locations, which are often smaller, like Burger King, Dairy Queen and Holiday Inn. Historically, while the amount of business done by channel partners has waxed and waned, the direct has been the majority, with the Netsurion channel business recently averaging only about 10 per cent.

The acquired company, EventTracker, had not been a channel behemoth historically either. It was the first target when channel veteran Guy Cunningham was brought in as channel chief at both EventTracker and Netsurion in February 2017. He then designed an EventTracker channel program that rolled out in July.

“They did not have a program previously,” Cunningham said. “They had half a dozen partners they had done deals with, and it was all run on an ad hoc basis. What I put in place was a more standard program, with standard discounts, based on certification and training and revenue levels, and including things like opportunity registration discounts. Since then we have seen a lot of acceleration of partner engagement, because they now know they can make enough margin to warrant additional focus from their sales teams.”

At that time, EventTracker also built a program for managed service providers.

“There wasn’t anything for them before, and now it is the fastest growing part of the program, because MSPs are hungry for ways to protect their customers,” Cunningham said.

The number of partners has grown exponentially as a result.

“We had two MSP partners when we launched, and half a dozen resellers,” Cunningham said. “Now we have a little over 100 EventTracker partners, with over 90 per cent of them being MSPs.” Their Co-Managed SIEM is resonating in that market.

On the Netsurion side at this time, there was a program in place, with approximately 20 partners, but making the EventTracker program successful was the priority.

“Our focus then was getting the EventTracker program launched,” Cunningham said.

What has changed now is the introduction last month of Netsurion Connect, which integrates SIEM with SD-WAN technology that Netsurion acquired earlier, to create a tightly secured SD-WAN solution for merchants and IoT environments, as well as other new markets.

“This SD-WAN technology has turned attention back to the Netsurion program,” Cunningham said. “Before, almost all our Netsurion partners were Point-of-Sale in some way, either resellers or in the payments process. SD-WAN has much broader applicability than that and while it will strengthen partners in the POS space, it will also appeal to MSP partners and those in the telecommunications space. We have seen a dramatic increase in partner inquiries since Netsurion Connect was introduced, and I expect to see similar if not greater growth in the program, as EventTrack has had.”

Cunningham said that the new integrated program has also been designed to provide partners with more protection and support than Netsurion partners have had in the past.

“We have made a vey strong commitment to not compete with our partners,” he said. “We are now protecting them in their accounts. We are rewarding them for bringing opportunities to us, and giving them significant opportunity and registration discounts.”

Joint go-to-market activities with the direct sales force, which have already been introduced on the EventTracker side, are being implemented broadly.

“The EventTracker direct sales team now works with reseller partners, calling on customers,” Cunningham said. “It’s in our best interest to work with them because they have the trusted advisor relationship. In the MSP business, our direct team doesn’t call on the customers served by the MSP.”

On the Netsurion side, the direct sales has typically called at the brand level – the franchise headquarters – while the partners work with franchisees.

“The direct sales has been calling on those restaurant, fast food and grocery chains,” Cunningham said. “SD-WAN will significantly expand the types of customers we work with, to IoT applications, Smart City applications, even some mobile deployments. It is our partners who have the relationships in those areas. We will need our partners to break into those new types of accounts.”

Cunningham said that SD-WAN solutions for partners specifically targeted at the SMB space are on the way.

“These should be available this year, SD-WAN solutions which can sell broadly into the SMB space, through both MSPs and resellers,” he indicated.”

The unified program will benefit from a fuller integration of the Netsurion and EventTrack technologies into a fuller solution set,

“We see a pretty significant shift in traditional networking around SD WAN,” Cunningham stated. “Embedding security in it is a significant step forward, both with stateful and next gen firewalls, and SIEM capabilities at the edge. It’s an exciting shift in what’s being made available for the end user.”

Cunningham noted that this week, Netsurion will be placing an emphasis on trying to excite potential new partners.

“We will be at the Channel Partners Expo in Vegas this week, trying to expand our partner base further beyond our traditional partners,” he said.

Cunningham said that he expects all this will result in much more of Netsurion’s business going through the channel.