HP made its first announcement of a consumer product family at a channel event, as it expects the channel will sell almost all of these new rigs, and while much of it will go through etailers and retailers, there is a VAR channel play here as well. 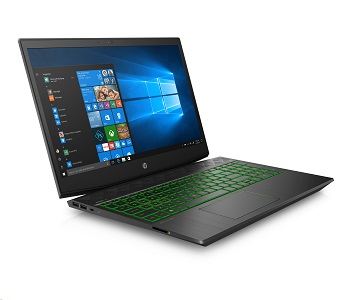 LAS VEGAS – HP Inc. chose their Executive Forum event here for their top channel partners to make an announcement that appears – at first glance – to be decidedly on the consumer side of the house. They have expanded their consumer Pavilion PC line with HP Pavilion Gaming, a new lineup of notebooks, desktops and monitors aimed at the gaming market. They will, however, be looking to their channel to sell the vast majority of these products.

HP already has a gamer brand – Omen – which it launched in 2016, re-establishing itself in a gamer market in which the pre-split HP had failed spectacularly following their acquisition of Voodoo a decade before. Omen – whose logo resembles the long-defunct Voodoo logo – was designed as a performance series for hardcore gamers, and has had success in that role. Pavilion is aimed at a very different gamer market.

“The brand strategy here is that while Omen is for the very serious gamer, Pavilion Gaming is aimed more at the gamer who just wants to have a lot of fun,” said Kevin Frost, vice president and general manager of consumer personal systems at HP. Pavilion “We really designed it for this specific market. These are customers who want a machine in the $ 800-$1000 range who fall into several categories. One is mainstream gamers, but there are a broader set of creative professionals who will want this. They are people who want to do things like edit 4K videos, to render 3D images, or to put together PowerPoint documents. The silicon in this lets them do both serious work and serious play on the same machine.”

The gaming market is undergoing a boom relative to other parts of the PC industry, with growth projected at more than six per cent per year through 2020.

“Gaming is benefitting from a renaissance of business models from all these software and gaming companies, including freemium models,” Frost said. “It’s benefiting from cheap bandwidth that make it easy to play people across the world, and from the open nature of the PC platform. For us so far, the boom has been far bigger in Asia than in the United States.”

Frost said the choice of the Executive Forum event to launch the new brand was purposeful.

“I asked for a launch at this event to get the channel partners excited,” he said. “This is the first time we have launched something that is technically a consumer product at this kind of forum. But for the channel, this is a wonderful thing. We expect close to 100 per cent of sales of Pavilion Gaming will go through the channel, and the product shows our commitment to the channel.”

Much of these will not go through the solution provider channel. HP also defines etailers and retailers as channel partners, and these will sell a lot of these machines. However, the solution provider channel has also seen the rise of machines built for the gamer market, which was once served by a specialized channel for white box system builders who have largely disappeared over the past two decades. Distributor shows that serve the SMB market now feature a plethora of booths from vendors making components for gaming rigs. There is clearly a channel market out there, and for good reason.

Greg Tobin, General Manager of SMB-focused distributor D&H Canada, thinks that the new family has potential for the partners D&H deals with.

“We work with a lot of vendors who make specialized components for the gaming market, and that serves a particular focus within the market,” he said. “The Pavilion line is different. It’s a simpler alternative to building machines, but there is also a good market for that.” 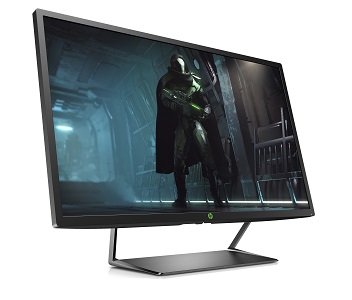 “We spent a ton of engineering time on the thermals to make it attractive,” Frost said. “We are proud of it. It’s a well-designed machine – not a screwdriver job.” The keyboard deck is brushed aluminum, and the backlit keyboard comes in green, white or ultraviolet.