A solution provider panel at the recent IGEL customer event discussed the evolution of the DaaS market and what they see as the opportunities – and pitfalls – for the channel.

Should we expect to see hockey-stick growth in the Desktop-as-a-Service [DaaS] market in 2018. For the last decade, industry pundits – and many channel partners – confidently predicted a similar rush to adoption for VDI, the direct antecedent of DaaS. That never happened, although the cumulative smaller rates of adoption each year ultimately had the effect of creating a significant VDI market over time. DaaS on the other hand, is no longer simply hosted VDI, and both benefits from the maturity of the VDI market and internal advantages of its own. As a result, many partners are very bullish about the prospects for DaaS this year. This theme came across forcefully at a panel on DaaS at the recent IGEL North American DISRUPT end user computing forum.

“I truly believe 2018 is going to be a transformative disruptive year for cloud-based adoption, especially DaaS,” said Brian Barnes, Director of Solutions Architecture at Detroit-area based solution provider CoreTek Services. “Microsoft, Citrix and VMware have all recognized that they need to drive cloud adoption. To do this, they need partners who have walked trough this firestorm before, because CIOs’ natural tendency will be to tiptoe into this.”

While it is still relatively early days for DaaS, the situation is massively different from the early days of VDI.

“In the beginning with VDI, there was a lot of complexity built into the solution, and a lot of cost, and we didn’t fully understand what we were trying to deliver,” said Bob Allred, End User Computing Practice Manager at Olympia WA-area headquartered Right! Systems. “We didn’t have enough of a grasp on what we were doing then, and the technology just wasn’t up to what it is today. Today, we have so many more tools available –  like Unidesk and a good profile management solution like Liquidware.”

Allred said that while DaaS deployments can and do fail, it’s not because of technology issues.

“The technology is there today,” he said. “If a DaaS deployment doesn’t work, you either aren’t doing it right. or it failed before it got off the ground.”

Rob Green is CTO and co-founder of Dizzion, a Denver-based end user computing services provider. He sees enormous opportunity in the DaaS market today – providing solution providers avoid making the same mistakes as others did with VDI.

“A lot of folks jumped the gun or applied server-based models to VDI, which don’t work,” Green said. “They don’t scale. We believe the key to success is to avoid trying to start all-in with a customer, because there are too many use cases in different departments. You need to personalize. We follow a ‘land and expand’ strategy, where we will look to design a customized solution around, say, 25 desktops and one event.”

That customization for the customer is critical, especially given that they often don’t really know what their end users need, said Roxann Sawyers, Vice President South Central Sales at MTM Technologies, a solution provider with headquarters in Stamford CT but with offices all over the U.S. 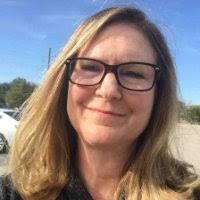 “The most important aspect of a DaaS project is the end user,” Sawyers said. “We start there and work backwards, because the end user acceptance of what you roll out will either make a project successful, or kill it. This is especially important because customers often don’t know their own end users’ views,  and don’t get things like BYOD.”

It’s critical to nail a DaaS deployment the first time out, particularly because many CIOs still tend to  intuitively link it with early VDI.

“People remember that VDI project five years ago that got their predecessor fired,” Allred said. “You have to get them to look again, to get them to see DaaS as a way to replace old aging PCs on Windows 7 which won’t run Windows 10.”

“As far as re-introducing a second 2.0 DaaS, if you blow it the first time, forget it,” Barnes said. “You need to hit it out of the park the first time.”

“The key to these cloud migrations is effective strategy,” Green said. “If you do it wrong, it will be like the early days of VDI, where the customer jumps in, and fails, and so they pull back.

Brian Madden, a well-known tech blogger who wrote a book on DaaS four yeas ago and who spoke at the IGEL event, said that while DaaS has become quite different from VDI as it matures, that taint by association still has to be overcome.

“The good news with DaaS is that the core technology is proven,” he said. “No one is questioning whether or not workspaces will work. It’s still possible to fail, but for same reasons as any migration fails, not because of the technology itself. VDI failed at first because people thought it would be easier, and it wasn’t. DaaS also delivers a Windows desktop, but as with any Windows migration, that’s the easy part. It’s how the partner handles patches, maintenance, security and all that hard stuff that will make or break it for them.”

Madden said that at the end of the day, while DaaS is just managing Windows desktop and windows images, and so the basic partner opportunity hasn’t changed, the skills necessary to be successful with it have.

“When I wrote that book on DaaS, I said that it was just hosted VDI, and while that was true then, it’s not true any more,” he said. “Back then, when you bought VDI you bought a rack of servers. That’s not what the big DaaS providers do now. They use their own proprietary computers, and they start with  DaaS by assigning a job the lowest possible level of desktop,  and if it  doesn’t work, you move them up.”

Madden said that partners need to adapt how they handle DaaS in the same way.

“It can’t be solved un a ‘rack ‘em. stack ‘em’ way,” he said. “Every organization is unique as a fingerprint. That’s good for the partner opportunity. End user customers won’t know how to be Unidesk experts and layer appropriately. That allows the partner to have their own version of the ‘guy who knows how it works.’”

Madden also pointed out that the core skills the partner will need for DaaS are not the same as VDI.

“A partner needs to redeploy skills to get into this,” he said. “These are typically Citrix or VMware  partners. Things like XenDesktop data base design aren’t relevant at this scale. The hardware nerds don’t need to focus on that any more. There needs to be more focus on the Windows front-end side of things. The partner really needs to know how the provider’s platform works as well.”

Madden pointed out that a key service the partner can provide is that recommendation which provider best suits the customer’s needs, whether Azure, AWS, or a third-party provider. He said that while smaller providers can provide assets like greater customization, some of them may be acquired or go out of business entirely – something that is unlikely with the hyperscale giants.

“That’s the scary thing for the solution provider – deciding what cloud provider or providers you use,” he noted. “If you build your business around a single DaaS provider, you run a big risk if you bet on the wrong company.”

Madden also noted that security issues are different for DaaS than for VDI. The solution providers at the IGEL event agreed that has become a massive differentiator for them today, as it can mitigate vulnerabilities caused by user susceptibility to social engineering.

“CIOs today are spending a ton of money on security, so it’s paramount for us,” Green said. “The endpoint is the most insecure point, so we have to focus on that and work back. 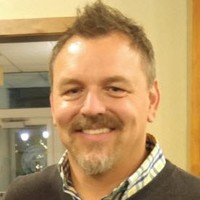 “You need to walk into the cloud with a culture of security,” Barnes said. “You have to be conscious of security at the edge, and architect the DaaS solution with the same principles as the inside data centre, while matching it with a strong user experience that the lets user be efficient.”

“When MTM put together our cloud solution, we showed every point of security,” Sawyers said. “It is easily the one factor every customer mentions about why they hesitate about moving to the cloud  —  because they can’t control it.”

Sawyers said that the IGEL solution is a major asset here.

“We could put IGEL into our solution and go from Day One,” she stated. “It’s solid on security and easily managed in the cloud.

“That’s where IGEL plays a huge, huge role,” he said. “IGEL is software-based, and the security was something that we could build into our own practice.”

Understanding the challenges of cloud adoption

What’s the importance of varied partners in a contact center environment?

Exploring the growth of spear phishing

How the war in Ukraine is changing security concerns