Herndon VA-based OPAQ Networks emerged from stealth a year ago with a cloud-based integrated security-as-a-service platform aimed at mid-market customers. Now it is announcing both a planned shift to a 100 per cent channel sales model, and a new partner program to support the developing channel.

OPAQ [pronounced opaque] Networks was formed in 2017, and brought its offering to market, with cloud-based network and security solutions acquired with Bat Blue Networks. This was then supplemented last May with the acquisition of Drawbridge Networks and their monitoring and micro-segmentation technology. The OPAQ Cloud now integrates next generation network security, application and SaaS firewall, web application firewall, DDoS mitigation and software-defined segmentation capabilities. 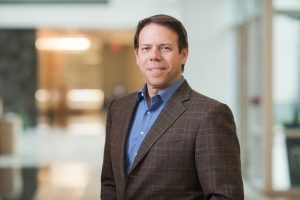 “We are the first to provide a truly integrated security offering delivered from the cloud,” said Ken Ammon, Chief Strategy Officer for OPAQ Networks. “We are independent from the major public cloud players like AWS or Microsoft, but we play as a connector for traditional infrastructure as well as SaaS based applications. There are two major challenges in delivering security in the mid-market. One is a shortage of resources. The other is the need to integrate many point products together. We do both with a cloud-agnostic platform that provides enterprise-grade security at a mid-market price point.”

OPAQ’s sweet spot is companies that want to manage networks, apps and security all as one integrated service rather than as a distributed IT management structure.

“We’ve found that there is a tipping point for organizations, where they move away from these separate shops, and it impacts primarily organizations smaller than enterprises,” Ammon said. “In enterprise organizations, you have to talk to all these different groups and it’s too hard for us to after that market because our value proposition is around our ability to integrate network and security into a single stack. That’s a lot more attractive to resource-strapped organizations, or MSPs, who are themselves typically resource-strapped. With this level of customer, it’s a much easier conversation for us.”

OPAQ launched with a direct sales model which Ammon said was very deliberate – but also intended to be temporary.

“Starting out with a 100 per cent direct model was purposeful,” he said. “We were investing heavily in acquisitions, and building IT, and we wanted to be able to articulate the scale and value proposition to customers. We had always planned to move to a channel model when we were ready to support them. We are at that point now, and will be selling through a 100 per cent channel model moving forward.”

Ammon indicated that OPAQ Networks’ channel model is relatively select however, not the type that looks to sign up thousands of MSP partners.

“Because we have been selling direct, we are launching with just a handful of partners, after doing a soft launch at the end of last year,” he said. “We are looking at 30 partners as our goal for the year. These include both traditional resellers moving into managed services, as well as established MSPs who see our cloud-based platform as a better way to deliver core security functions, as well as more lucrative ones like managed detection and response services.”

They do not presently have any Canadian partners signed up, although Ammon indicated that they are talking with a couple potential ones.

The program includes the expected staples such as deal registration, high margins, MDF, and rapid onboarding, but Ammon said that it is put together in such a way to make it more than the sum of its parts.

“Because we have launched fresh, and this is a brand new program, we have done a really advanced job for an early stage company for delivering platform and tool sets to be successful,” Ammon said. “We have invested in our portal with its features like deal registration, and integrated it all into the fully integrated cloud-based platform. When the MSP hits go, they also get a fully cloud-based program that is customized for specific customers. The level of integration makes many companies who are a lot bigger than us look half-baked.”

Ammon emphasized that the technology behind the program is also solid.

“2017 was a big investment year for us,” he said. “The tenets of being a cloud provider include flexibility, agility and scalability, and we made sure that the platform and business systems met those expectations. Both core components underlying them, from Bat Blue and Drawbridge, are proven technologies.”

Ammon struck a more positive note than some others in the security space in terms of how the industry as a whole will be able to meet the anticipated challenges of 2018.

“Mid-sized organizations are under the same sophisticated attacks as larger ones. and are more dependent on outsourced security,” he said. “We are looking on 2018 as a sea change year. We see a shifting of the tide this year, in favor of those defending their systems, rather than those attacking.”

Time to double down investments in display technology

How to navigate the cyber security industry as an MSP

What do you need to know about cyber insurance today?