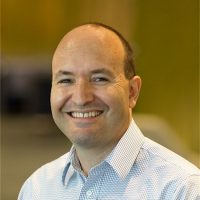 ORLANDO — For almost a decade, Citrix Systems has had a single-distributor strategy in Canada and the U.S., working exclusively with Ingram Micro. But at the company’s Synergy event here this week, Citrix announced that as of the third quarter, it will add Arrow Electronics in a bid to expand its mid-market penetration.

The single-distributor strategy has served the company well, said Rafael Garzon, vice president of the Americas partner organization at Ctirix. But it has come to believe that it needs more support — and perhaps different support — from distributors as its lineup of products expands, and as its products and partners alike move towards cloud models.

“When we made the decision to go with a single distie, the world was a lot more simple. We were suffering from distributor sprawl, and the consolidation went well. Ingram drove our distribution-managed partners to the next level,” Garzon said. “But things got more complex. The opportunity we have now, with the cloud transition, it requires a different set of skills, and the more hands we have doing it, the better. And there’s tremendous opportunity in the midmarket. We’re getting to it with our current ecosystem, but there’s more to do.”

Garzon said Arrow was chosen after an evaluation of distributor’s capabilities across the U.S. and Canada, including their cloud play, and partnerships with other key aligned vendors. The company was looking for a value-added distributor and Arrow fit the bill. The decision was also buoyed by the distributor’s existing business in Brazil, and its Immix Group subsidiary, which is focused on the U.S. public service business.

“The goal is to figure out the ones who are not transacting with us, help them along, and get them transacting. And for the ones that are transacting, we want to make them more productive,” Garzon said.