Lack of support for Apple had been hurting Atera among MSPs who did business in those verticals where Mac use is significant. 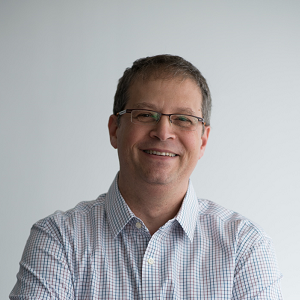 Atera, which makes a joint RMM (Remote Monitoring and Management) and PSA (Professional Services Automation) platform with a single code base, has added support for Apple Mac devices as part of its latest release.

“This launch of Mac OS support is a major undertaking for us, because it’s supporting a whole new ecosystem, but it’s all done in the same format,” said Gil Pekelman, Atera’s CEO. “It lets us extend our innovation into a new ecosystem.”

The new Mac capacity allows MSPs running Atera to provide the same monitoring, alerting, patch management, IT automation, scripting, and reporting for Mac as they are able to do for Windows.

“Other providers have support for Mac, but the big difference here is that we are adding this Mac support to our same single platform, with the same framework of Big Data and unlimited agents,” Pekelman said. “When you install a Mac agent in our platform, it looks like a Windows agent.”

That commonality of Windows and Mac support makes things easier for the MSP.

“The simplicity here is very powerful,” Pekelman said. “The MSP doesn’t need to learn or understand anything new, like they do if they add a Mac-only system to provide the support that way.”

Pekelman acknowledged that the lack of support for Macs has cost Atera business among MSPs who work markets where Macs are more concentrated than the eight per cent of share that Macs have overall.

“A lot of MSPs come to us from the old legacy players, and the catchup issue, that others provide Mac support while we did not, has been important with some of them,” he said. “If an MSP has just a few customers, that have even have a few Macs, it could be a problem for them. Our message to them now is that they can make the switch to Atera easily now that we have Mac support.”

For MSPS who don’t presently have a customer base with a significant Mac presence, Pekelman’s message is that this opens up that market for them as well

“If they don’t have Mac customers, it’s a new revenue opportunity,” he said. “They can now approach Mac-centric customers like designers and architects that they couldn’t before. It opens up a whole new market for them.”

Pekelman said that this is a highly desirable market for MSPs.

“It’s generally accepted that Mac users are willing to pay a premium for their Macs, which should extend to managed services to support their Macs,” he said.

The new Mac support is a free add-on to the top two tiers in Atera’s four-tier pricing system. It is not included in the first Tier, which is a PSA help desk, or the second, which is the basic RMM and PSA capability. The third tier, Growth, provides additional services like enhanced Quickbook integration and more storage space for scripts which the second tier does not have, at an additional cost — $119.00 per month per technician compared to $79.00. Apple support now becomes an additional service within this tier, as well as the broader one above it.

“MSPs with no Mac business don’t need this, so we added it into our pricing structure in a way that lets the MSP decide on the plan that best fits their needs,” Pekelman said.

Pekelman also noted that while the Apple support will draw the attention here, it is just one part of a release which has other elements to it.

“This is a whole new version with enhanced branding,” he said. “We have added a whole product module into the system that wasn’t there before, and an Ideas Portal, where users bring up ideas and vote for them. But we know that the Mac support will be what gets the attention.”