Other Dell SAP-related initiatives announced at SAPPHIRE NOW included ones around the Internet of Things, cloud blueprints to optimize SAP environments, and a new optimized architecture for SAP Foundation for Health. 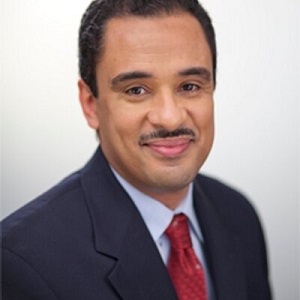 ORLANDO –At SAP’s SAPPHIRE NOW event, Dell announced multiple new offerings developed in collaboration with SAP. The one likely to touch the most channel partners is, however, an appliance, a new Dell-validated system for SAP HANA Edge targeted at mid-market and SMB customers.

“We have been friends with SAP for two decades, but we took the relationship to a whole new level last year with the opening of the Dell Global SAP Center of Excellence,” said Jim Ganthier, vice president and general manager of Dell Engineered Solutions, HPC and Cloud. “We have employees at SAP’s main office in Walldorf, collaborating with them in engineering. That deployment won us the SAP Innovation Award for 2015. It also helped lead Dell to become the holder of three SAP benchmarks, to show customers we have the ability to deliver SAP to customers faster and more effectively.”

The highlight of the new Dell-SAP announcements is the newly packaged SAP HANA Edge edition, for advanced version and SAP Predictive Analytics, Dell will be the first SAP partner to offer SAP HANA Edge to customers, on Dell server platforms. This fully integrated appliance will be available in North America by late May, and globally in Q3.

“In this most important announcement, in traditional Dell fashion, we have taken what has been a traditional enterprise solution, and are bringing it to the SMBs with the SAP HANA Edge edition,” Ganthier said. “This has been something that has been traditionally high end, higher cost and requiring a high level of expertise, but with this validated system, we are democratizing the database, taking it down to SMBs.”

“With these analytics libraries, in combination with SAP, we have sped up time to insight and brought the risk of deployment down,” Ganthier said. “Customers can take all this information and obtain insights to drive better business outcomes.”

Ganthier also highlighted what he described as some really great work Dell and SAP are doing together around the Internet of Things. SAP is a partner in Dell’s recently-launched Internet of Things Solutions Partner Program, collaborating on the development of end-to-end solutions.

“You really have to do this kind of end-to-end work with an ecosystem, and we are creating reference architectures with SAP primarily around preventative maintenance and real time data analytics, for actionable intelligence gleaning,” Ganthier said. Specifically at SAPPHIRE NOW, Dell announced a new IoT architecture that includes SAP HANA, Cloudera Hadoop, and Dell Edge Gateway technology, designed to more easily gather and deploy information from sensors.

“This is the equivalent of a reference architecture and blueprint-like offering, to garner much better insights into patient information and improve patient care,” Ganthier said. “It lets healthcare organizations quickly analyze large amounts of unstructured data by gathering real-time information and analytics in an integrated way.”

“This was developed in the Dell Global SAP Center of Excellence at Walldorf,” Ganthier said. “It provides a set of blueprints around automation and cloud that is both co-invented with SAP, and Dell-differentiated.”

“Further developing our partner ecosystem in this way, and there will be more announcements like this, will allow an SAP-certified partner like Auritas to provide an offering in a unique and differentiated way, powered by Dell and powered by SAP,” he said.

Dell Architecture for SAP Foundation for Health and new frameworks from Dell Digital Business Services are available now. Dell Automation and Cloud for SAP Software and the Dell, SAP and Cloudera IoT architecture are available for preview in the Dell Global SAP Center of Excellence.