New, preconfigured NetApp bundles for enterprise Splunk deployments will now also be available through Arrow, which is expected to significantly increase the amount of EF-series all-flash arrays sold in particular, as well as E-series arrays. 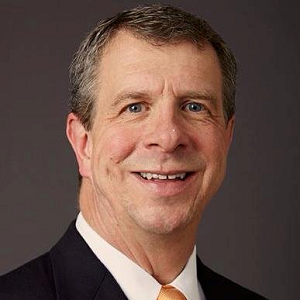 Storage vendor NetApp has announced new SANtricity software for both its EF-series all-flash and E-series storage arrays. The new software significantly improves the performance of data analytics applications, while simplifying IT infrastructure and reducing costs.

“This is a very compelling and important announcement for a couple of reasons,” said Scott Strubel, NetApp’s Vice President, Americas Channel Sales. “We were having success before this with both our E-and EF-series. We expect, however, that this will significantly accelerate growth through our partners. In particular, we expect to see a significant acceleration of flash sales through a significantly increase in sales of our all-flash EF-series. The second reason this is important to the channel is because, as we go public with our announcement, Arrow will also go public the announcement of six preconfigured bundles of NetApp and Splunk, that will be important in the data analytics environment.”

That improved capability for Big Data applications is at the heart of the new software’s value, in a data centre environment which is seeing greater adoption of applications like Splunk, Hadoop and NoSQL. It’s geared at accelerating performance for high-IOPS and low-latency applications as well as high-bandwidth and high-throughput applications. NetApp says the new software will increase the performance of such applications by over 50 per cent, while also reducing costs by more than a third.

“The improved software doesn’t really open up any new use cases, but it will provide partners with accelerated time to value with the opportunities in third platform data analytics that they are already pursuing,” Strubel said.

The Splunk opportunities figure to increase in particular through Arrow’s joint bundling of NetApp and Arrow into six bundles – the first such pairing of NetApp with Splunk by the distributor since Splunk turned to Arrow in its initial move into the distribution channel a year ago.

Strubel indicated that these preconfigured and validated solutions will bundle NetApp storage with a 42U cabinet, a Splunk management server and Lenovo switches. Arrow will provide the configuration services as well as the support. The six offerings will be sized at ingest rates ranging from 500 GB up to 5 TB.

“What we are promoting here is the reference architectures that are pre-configured and pre-validated for ease of assembly and sale,” Strubel said. “We expect to see expansion along two different axis. First, backed by Arrow’s partner enablement and education campaign, we will make a significant effort to increase the number of partners taking these bundles into the marketplace. In addition, we also expect to see an increase in the quantity of Splunk solutions being sold among partners who are already selling those solutions.”